Can Belgium Beat Their Davis Cup Betting Odds Versus France? 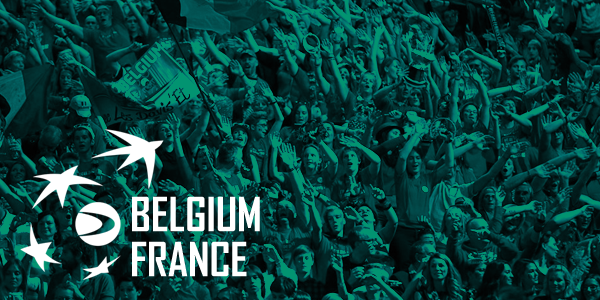 The 2017 Davis Cup has been a twisting turning tale of upsets and surprises with some of the biggest names and best hopes falling by the wayside along the way and with a great final ahead which of them should you back to win this famous trophy? In such a roller coaster tournament if you’re going to take advantage of French gambling laws the favorites might not be the best wager to make at Bet365 the Belgians might just beat the French and their Davis Cup betting odds and win through.

No one, back in February, would have believed it if we’re honest about it. The Davis Cup often produces some fabulous tennis, of course, but the opening round was a massive surprise for some of the top seeds getting unceremoniously dumped out of the competition by their unseeded rival. Indeed some might say the only reason you can still get Davis Cup betting odds on either one of the finalists is because some of their big rivals were slain by smaller fish along the way. Argentina not least of all.

Argentina had been the number one seed for the competition, due to march hard and fast towards the finals, but in their opening match against the unseeded Italians came a complete cropper and lost 3-2 sending shockwaves across the tournament. Likewise the Swiss, seeded fifth, went into their game with a certain amount of confidence only to find themselves on the end of a 5-0 battering from the United States, also unseeded this year. The smaller names were beating the Davis Cup betting odds at Bet365.

Which Of The Finalists Will Win The Davis Cup This November?

The US went down to Australia in the 2nd round with the Italian’s being bested by Belgium whilst the French, having easily brushed aside the Japanese team in a 4-1 opening round victory then went up against the traditionally quite strong team from Great Britain, who promptly lost 4-1 on the indoor clay courts of Rouen, This left the French with a semi final against eighth seed Serbia and the Belgians to face the Australians and France certainly had the better of the Davis Cup betting odds in the semis.

France beat Serbia 3-1 which was a little better margin than the Belgians managed against a very strong Australian showing at just 3-2 and whilst some might say the French passage has been that little be tougher than the challenge faced by the Belgians they have mostly come through unscathed and earn the very short Davis Cup betting odds they garner at Bet365 meaning that if the Belgians win they’ll make big, and probably quite caustic, French gambling news headlines come this November.

Find All The Davis Cup Betting Odds At Bet365

The French stand at just 2/9 favorites in the Davis Cup betting odds offered up by online bookies like Bet365 and when they step out onto the hard indoor courts of the Stade Pierre-Mauroy in Lille on the 24th of November Belgium will know they have quite the mountain to climb if they want to take the trophy home. In a two horse race those 3/1 odds are quite long, and if we’re honest about it they’re not going to be the best bet on the day, however much some of their individual talent may shine through.

That said this tournament has seen Canadian Denis Shapovalov disqualified (a wasted game that gave victory away against Great Britain) for hitting the umpire in the face with a ball, and in a world class tournament where that sort of thing happens there’s no telling what might happen in the finals. As a bet on sports in France goes, the home team look the sensible option if those Davis Cup betting odds at Bet365 are to be believed, however the crazy train hasn’t stopped rolling yet and Belgian could still win.