Are You Going To Bet On She Will Reign To Win The Everest? 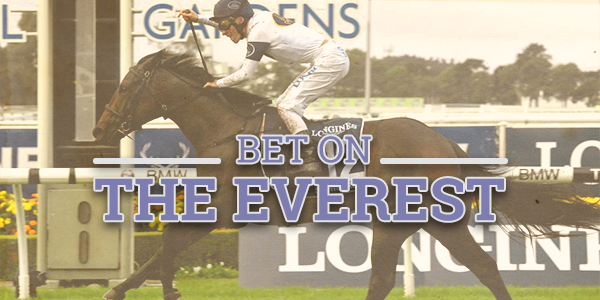 Making your mark in the racing game is tricky at the best of times and whilst putting up a $10m purse will get you some attention you’ll still have to prove that you’re able to keep up with the big boys in Dubai, Florida or France, so as the Australians gather to watch the inaugural running of their new crown jewel of racing should you bet on She Will Reign to win The Everest or are those odds just a bit too short?

As Enable blew out the opposition down the home straight bearing Frankie Dettori to victory in the Prix de l’Arc de Triomphe the sensible money was unsurprised and the rest turned it’s eyes not to next year’s glorious return to Longchamps, but to a race far further away from Chantilly. They’ll have to make up their minds whether or not to bet on She Will Reign to win The Everest, the new big race on the block and so will you if you don’t want to miss out on this great opportunity to bet on sports in Australia.

The new cornerstone of the Sydney Spring Festival of racing is set, in its inaugural year, to rank alongside some of the biggest and richest races in the world, the Prix de l’Arc de Triomphe foremost among them. This was the final year the race in France will be able to claim it is the richest turf race in the world, the 10 million dollar prize purse just one of reasons you might not wish to bet on She Will Reign to win The Everest, the field this race has attracted just as good as for any of the big name races.

Who Will Win The Richest Turf Race In The World?

Yes, the Pegasus World Cup has a bigger purse at $12m and the Dubai World Cup pips the new race by dint of its prizes being in USD, but both those are on dirt surfaces and for the turf runners in the southern hemisphere this provides a great opportunity to take on a world class field without traveling the world and another reason a lot of people have chosen to back the favorite and bet on She Will Reign to win The Everest, although Bet365 offers some cracking alternatives to those short 7/2 odds.

You may feel that Vega Magic and Chautauqua, both 11/2 at Bet365 have a more than fair chance of coming home first on the day, and taking advantage of Australian gambling laws to back them is no less sensible than a bet on She Will Reign to win The Everest and those aren’t the only horses in this very strong field that have a hope. Just behind them on 13/2 are the trio of Redkirk Warrior, English and Redzel aren’t to be sniffed at although they’re not the each-way wagers I’d go for myself.

Bet On She Will Reign To Win The Everest At Bet365

Deploy gets 10/1 at Bet365 and Clearly Innocent gets 12/1 which are good place opportunities if you’re not going to bet on She Will Reign to win The Everest, and Brave Smash at 25/1 might tempt some of you eternal optimists more than Houtzen 33/1 and whilst Tulip and Fell Swoop rounds out the field there’s very little chance of Australian gambling news headlines screaming about their amazingly unlikely 50/1 victory come the finish at the Randwick Racecourse, New South Wales this October.

Naturally I have some concern about a 1,200m flat race being named after the least flat piece of geography on the planet, however this IS Australia and we all have to make allowances (and keep our valuables – and sheep – where we can see them). That said this is a race destined to be a big player on the calendar and a bet on She Will Reign to win The Everest the first time it’s run could well be a wager too tempting to ignore, and Bet365 will help you satisfy that instinct regardless of the horse you choose.