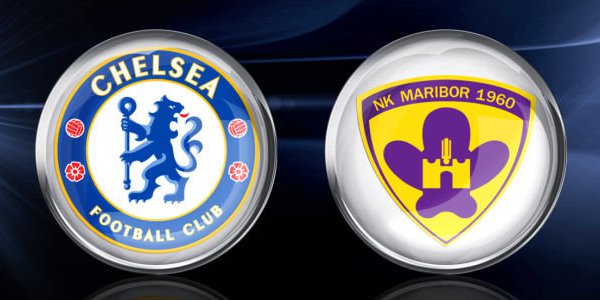 A win in Maribor will guarantee a place in the knockout stages of Champions League for Chelsea.

Champions League betting continues today with another eight hot matches providing those who bet on sports in the UK with a wide array of wagering choices. While smart betting can be done on any of the fixtures, we think that Maribor v Chelsea clash will bring great value to those who wager right.

At first glance, the match looks pretty much decided. Yes, Chelsea crushed Maribor 6-0 at Stamford Bridge two weeks ago, but it doesn’t mean the game in Slovenia will be a walk in the park for the Blues. Taking a look at what’s on offer at online sportsbooks in the United Kingdom, betting on a draw in Maribor will actually provide a very nice payout.

Trivia about the upcoming game

• Online sportsbooks in the UK favor the Blues to win

Slovenian champions are fresh from losing 0-1 to current league leaders Domzale, but despite the 0-6 loss two weeks ago, Ante Simundza is hopeful that his team can perform much better than in London and put the current Premier League leaders up to a real tests. Naturally home turf and crowd will play an important part tonight. Moreover, the manager has almost full squad at his disposal with no injuries or suspensions, so expect nothing short of his strongest 11.

Looking back over the years, Maribor are actually the only Slovenian team to have ever beaten teams from England in UEFA framework. Last season they have beaten Wigan in Europa League. Of course we can’t really compare Chelsea to Wigan, but a fact’s a fact.

As for Chelsea, Jose Mourinho’s side are preparing for tonight after a 2-1 win over QPR back home. The team is on a very strong form and are of course the favorites to win this season’s Premier League title at the majority of bookies operating under British gambling laws. The Blues are also valued high in terms of how far they can progress in the Champions League.

A win in Maribor for Chelsea will book their place in the knockouts, regardless of what happens in the remaining two games. The Blues are currently leading the table with 7 points, 2 ahead of Schalke. Maribor are third spot with 2 points, and theoretically have a chance of qualifying, but a loss tonight will put those hope into serious doubt.

Quotes from the managers

Ante Simundza had the following to share: “We have been preparing for this special match in the normal way. Apart from Ales Mejac, everyone trained normally today, so we have our strongest team, who I’m sure will represent Slovenian football decently against a top team like Chelsea.”

As for Jose Mourinho, he had the following comments: “The 6-0 win against Maribor in the first match was a fake situation. It was the only match where we played like ‘one chance, one goal’. We’re not a team who score many goals from a few chances, but against Maribor everything went into the net. I know Maribor are a very good team. I watched their matches against Sporting and Schalke and also some in the Slovenian league. They play offensively and are especially dangerous at home. I have to convince my players that in the first match everything went our way.”

Maribor are almost complete with only Ales Mejac most probably ruled out of the game with a hamstring injury. Here’s the expected starting eleven from the Slovenian champions: Handanovic, Stojanovic, Rajcevic, Suler, Viler, Vrsic, Mertelj, Filipovic, Bohar, Ibraimi, and Tavares.

As for Chelsea, Remy is definitely out with a groin injury, and Diego Costa is doubtful having picked up a hamstring injury. Jose Mourinho will most probably start with the following squad: Cech, Azpilicueta, Zouma, Cahill, Filipe Luis, Matic, Fabregas, Ramires, Salah, Schurrle, and Drogba.

No surprise that Chelsea are the natural favorites at the majority of bookies, despite the foreign turf disadvantage. Bet365 values their win with a line of 1.33, while the hosts, Maribor, receive long odds of 10.00. The draw is what can land smart punters a big payday, it’s valued at 5.75 odds at Bet365, and could easily be the result of the game.

No surprise that Diego Costa is favored to score first with 3.50 odds from Bet365, but he might not start the game. So backing Didier Drogba to open the scoresheet is a better choice and actually pays higher at 5.00. The first of Maribor players expected to find the back of the net before anyone else is Marcos Tavares, Bet365 will pay at 13.00 odds for this event.