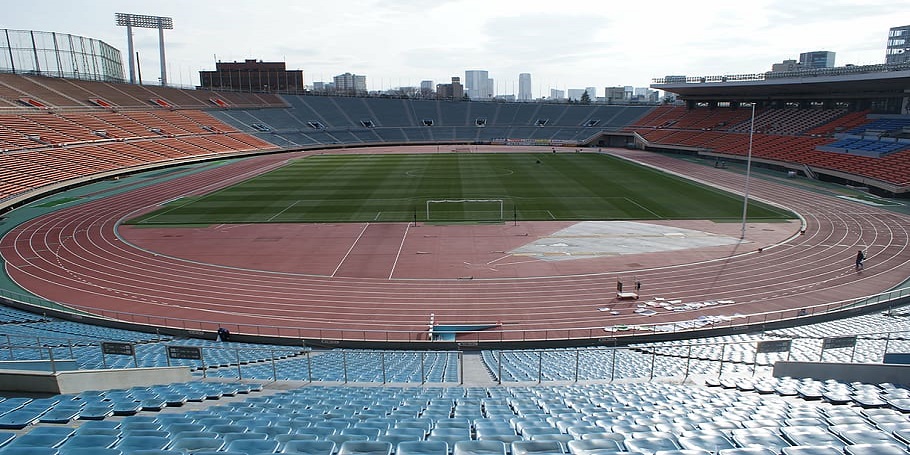 The Chinese Football Association Super Cup, the Hong Kong Marathon and the Alpine Skiing World Cup. Just a few from the major events which have been cancelled due to the virus. These safety measures are not unique in the history of sports, but it is true that the usual reasons for taking such drastic steps are bad weather.

In 2012 the New York City Marathon was cancelled due to Hurricane Sandy as it was reported by online sportsbooks in the US. In the 42-year history of the event, it hasn’t happened before. It was organized even in 2001, after the 9/11 terrorist attacks. But mayor Michael Bloomberg wanted to avoid any controversy and take away services from the recovery of the affected parts of the city.

A very common reason to cancel events is heavy rain, especially if we are talking about outdoor sports. In the UK people are used to having races and games even in the pouring rain. But one of the most famous British sports, cricket has been delayed several times due to it. Like the games during last year’s Cricket World Cup, which was held in the UK. Even though the event was held between 30 May and 14 July, everyone had to face the wet English summer. This year the T20 World Cup will be held in Australia, where there is less chance of rainy days. You can already make a bet for the winner at bet365.

Another sport, where heavy rains can lead to cancellations are motorsports, where driving in these conditions can be very dangerous. Though the 1976 Japanese Grand Prix went ahead despite the heavy rain, Niki Lauda pulled out of the race due to not being able to drive safely. In 2011 the Canadian Grand Prix was stopped after 30 minutes as a rainstorm hit the circle. The race was delayed for more than two hours but went ahead after, making it the longest Formula 1 race so far.

But the opposite of this weather, extreme heat and fire can cause the cancellation of some sports events as well. Wildfires in California and now in Australia made organizers cancelling events like marathon runnings or the 2014 Iron Man at Lake Tahoe. And extreme heat caused issues at the previous US Open, where fans and players alike were struggling in the 32C. Though games were not cancelled because of the heat, extra cooling periods were introduced.

Events cancelled due to threats and terrorist acts

Many sports events were cancelled after the 9/11 attack, including the World Golf Championship. Another American event, the Boston Marathon had to be halted after two bombs exploded at the finish line. At this time there were runners still completing the race, but after the chaos, organizers just called it off.

We can also find one of the biggest auto races, the Dakar Rally in the cancelled sports events. It had to be cancelled in 2008 after the threats of terrorists. It wasn’t an easy decision, but the murder of a French family in Mauritania just before the race, and reports of al-Qaida activities, left no choice for them. The race hasn’t returned back to Africa since. It has been organized in South-America and this year a new country, Saudi Arabia. But even Chelsea’s Premier League victory parade was cancelled in 2017 after the Manchester bomb attacks. Just like an ISU Grand Prix of figure skating in Bordeaux after the terrorist attacks in Paris in 2015.

Sometimes there is a more peaceful reason behind the cancellation of some games. Players can decide to go on strike as online gambling sites in the US have reported about them in various sports. The 2012-13 season in NHL has only started in January 2013 instead of its original date,  October 2012. The reason for the delay was that the players wanted a greater share of the league revenues. In addition, they also wanted new limits on players’ contracting rights. It was even worse in 2004 when the whole season was cancelled after they couldn’t agree.

But players decided to go on strike in almost every main sport in the US, from basketball to baseball. In the NBA, the latest lockout was in 2011, when players refused their pay deal and even dissolved their union. After 6 months of lockout, they managed to agree with the owners and the league could start. No strike is expected, for now, so you can bet on all NBA games at bet365.

Horse races were cancelled due to an outbreak

Before the coronavirus, we couldn’t find too many examples to have races or championships cancelled due to health risks. At least in the world of people, as there was an equine flu outbreak last year in the UK. After three horses tested positive at the Cheshire stables horse all races were cancelled for six days and 174 racing stables were under lockdown. It might sound like a short period, but the owners were not happy about these cancellations, one month before the big race in Cheltenham. But thanks to the strict measures, the outbreak was stopped. But the weekly horse race in Hong Kong, one of the country’s biggest attractions, was cancelled last September as well in fear of political unrest.

In the end, we have to mention the three Summer and two Winter Olympics, which were all cancelled due to the First and Second World War. We don’t need to explain the reason for their cancellations, but they were all rescheduled after the Wars and were organized by the originally selected cities. Hopefully, there won’t be any danger threatening the 32nd Olympic Games this summer in Tokyo.