Dakar 2020 Odds On Carlos Sainz Close Up After First Stages 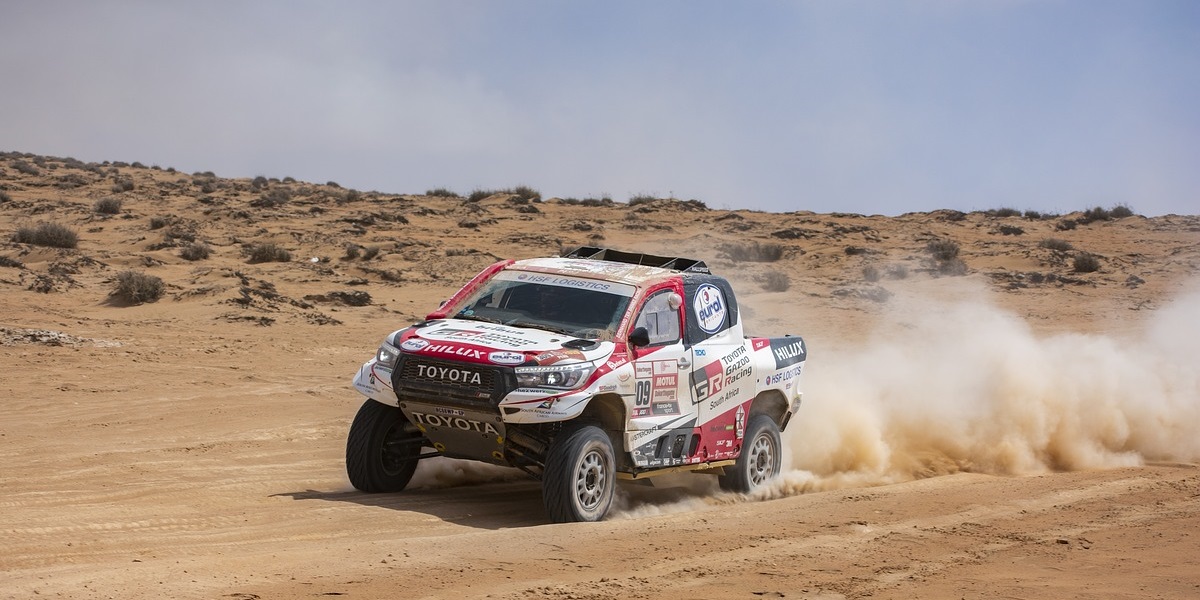 The heat will be horrid. The emptiness of the dunes hypnotic. The shifting sands a nightmare to traverse in a car. However, if there’s one thing annoying Fernando Alonso right now it’s the Dakar 2020 odds on Carlos Sainz. Those who regularly take advantage of Saudi Arabian gambling laws to bet on F1 will understand why. It might be his first entry in this prestigious event but that won’t stop Alonso wanting to win. Just a shame then his chances fall very short.

“I am doing the Dakar to see what it’s like.” Alonso announced prior to the start. “We know that only one in four people who start this event will get to the end – that’s tough.” He said, adding; “I know it will be very difficult.” This is an understatement and a half. 8,000 km through the deserts of Saudi Arabia is no joke. That’s one of the reasons the Dakar 2020 odds on Carlos Sainz are all the more noteworthy. Even if you’re not Fernando Alonso. It’s as far from F1 as you can get.

The Dakar itself is a long way from where it began. First time out there were only 182 vehicles. By 2005 that had grown to 688. Now there are just 351 crews competing. The Dakar 2020 odds on Carlos Sainz being only 4/1 even in that context are astonishing. Perhaps more astonishing is that despite no longer running twixt Paris and Dakar the event has survived. Those who like to bet on sports in Saudi Arabia thus have a great opportunity to back some F1 greats on the sand.

Fernando Alonso Heads Off Into The Desert

Saudi Arabia is only the latest in a series of alternative venues. Hungary and Romania took a turn, as have a whole host of South American nations. The event itself having a momentum that terrorists in Mauritania couldn’t impede. Not that this is what is impeding Fernando Alonso right now. That’ll be lack of experience. Something his erstwhile F1 competitor has not just in spades but in buckets. The Dakar 2020 odds on Carlos Sainz are short because he’s won it twice before.

“The preparation I have done the past few months has enriched me as a driver.” Fernando promises. “One of my priorities when I confront these kinds of challenges is to be better at the end of each of them.” Which is a great sentiment, but does actually require you to be one of the 25% of entrants who finish. Online sportsbook sites in Saudi Arabia like Unibet are not at all sure he will be. The Dakar 2020 odds on Carlos Sainz a far better wager than on Alonso alas.

Find Your Dakar 2020 Odds On Carlos Sainz At Unibet

“I have to approach it with a certain calmness.” Alonso stated as if it were news. “I don’t want to go to the Dakar then quit after the second or third day because of a stupid mistake.” He also doesn’t want to risk injury before he’s won the Indy 500, his one true goal in life now. That said he’s a fierce competitor and those Dakar 2020 odds on Carlos Sainz will be a massive motivator. They might not give him even 100/1 this year, but in years to come to expect to see Alonso win it.

The favourite with the online gambling sites in Saudi Arabia like Unibet is Nasser Saleh Al Attiyah, last year’s winner. He gets a tidy 7/4 ahead of Stephane Peterhansel (who is sans his usual wife as co-driver) on 5/2. Gineiel de Villiers is getting 7/2. This keeps him just ahead of those Dakar 2020 odds on Carlos Sainz. It also means Fernando fans won’t be seeing him win in the desert just yet, but watch this space, he’ll definitely think anything Carlos can do, he can do.

We take a look at why the Dakar 2020 odds on Carlos Sainz will be motivating old rival Fernando Alonso as he traverses the dunes of Saudi Arabia.