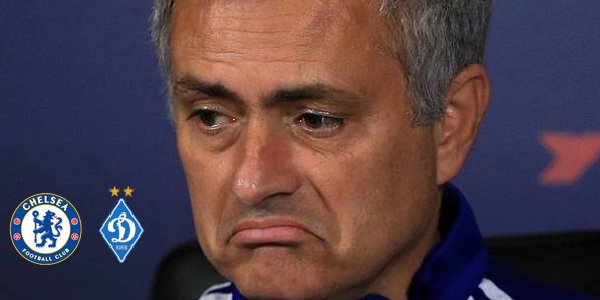 The hosts are favoured by the Chelsea vs Dinamo Kiev odds, however it won’t be that easy for the Blues this Wednesday.

Chelsea will entertain Dinamo Kiev in the fourth round in Group G of the 2015-16 Champions League. The two played a goalless draw in the previous round, but it would be a surprise if the teams produced the same scoreline once again. Jose Mourinho and the Londoners are under so much pressure and though they are strong favourites according to Chelsea vs Dinamo Kiev odds at BetVictor, one of the best online sportsbooks in the UK, anything can happen at Stamford Bridge these days.

No safe bet amongst Chelsea vs Dinamo Kiev odds

Chelsea will simply play for their manager after the depressing home defeat against Liverpool on Saturday. Mourinho got an ultimatum from Roman Abramovich and the Portuguese manager has two games to find a way back to victory. His squad never let Mourinho down before and since he always maintains a great bond with his players, John Terry and co. are expected to come out fighting for this fixture against Dinamo and the away league game at Stoke City on Starurday.

There is no safe bet amongst Chelsea odds these days, but the Blues have to win this one. BetVictor apparently pays well for their success.

Chelsea lost 5 of their last 8 games in all competitions, drawing 2 and winning only 1. Missing out on the three points again would bring them closer to the premature end of their Champions League campaign and the departure of their manager too. It seems like victory or catastrophe, but since BetVictor has the best internet betting odds for a draw, you have to consider this outcome. And they also drew in the last round of the Champions League in Ukraine two weeks ago.

Man on the edge: Jose Mourinho

The best Mourinho can achieve is to extend his predicament

Mourinho was identified in our Premier League preview as the man to watch before the weekend. His first meeting with Jurgen Klopp in the English top flight ended in a disaster. After the 3-1 Liverpool win, Mourinho was reportedly handed an ultimatum, and he also had to deny a player revolt emerged from the press. There is big trouble at Stamford Bridge and it wouldn’t be a surprise if Roman Abramovich would look for a replacement in the international break next week.

Jose Mourinho odds: next Premier League manager to leave his post – Mourinho for 1.36 (4/11)

Check out the BetVictor review in our online sportsbook guide to find out more on this excellent online gambling destination! Join BetVictor and wager with some of the best Champions League and Premier League odds around!