Chosen One To Miss Out On Game Against Stoke 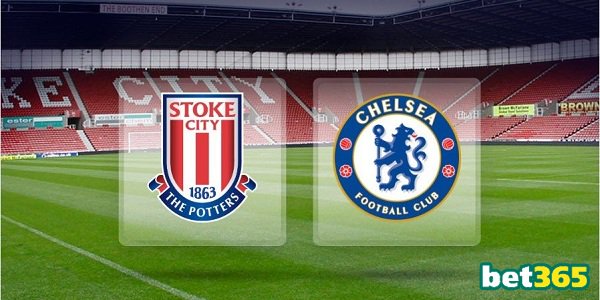 Chelsea might have grabbed a win in the Champions League but the chosen one still has a long way to go before fans can breathe easily and this Saturday they face off against Stoke again, a team that were surprisingly tricky opposition last time the two met. The question is, can “the chosen one” influence events from afar or will his premier league players be adrift with out him?

Should we be mourning for Mourinho? The fans don’t seem to think so, giving the “chosen one” a rousing show of support as Chelsea managed to recover momentarily from the circus act they’ve turned into and become a football team just long enough to get a 2-1 win over Dynamo Kiev. But that Champions League victory doesn’t entirely make up for their recent disastrous premier league results.

Mourinho has to hope that this will be a turning point for his team, but if it is they have to go up against Stoke this Saturday without his hand on the tiller, the Chosen One serving out a stadium ban for one of his recent bouts of idiocy. Of course you can’t watch Chelsea in the premier league betting news coverage the next day won’t be sensationalist, but Portuguese Mourinho behaves like the Italian lunatic from Allo Allo and wonders why people make a fuss.

Chosen One Banned From Game Against Stoke

Bureaucrats took their time, but Mourinho’s punishment came to power at last

With Kiev their first win in ages, and Stoke having held them to a one all draw just a couple of weeks back there’s still some pressure on Jose “the Chosen One” Mourinho to secure victory in Premier league games, and Stoke have got to do better than their nil-nil draw at Newcastle. Despite beating Swansea, and indeed the hapless Aston Villa (but who hasn’t beaten them?) their loss to Watford signaled a lack of ability to find the net when needed which could hamper them on Saturday.

Of course if you’re apt to take advantage of UK gambling laws this game should be a great one to back on Bet365 Sportsbook, given the Coates family have massive stakes in both the site and Stoke FC. Perhaps that explains the very generous 12/5 that Stoke are getting on one of the top UK online sportsbooks when going up against a side with lots more talent than they have. Chelsea are getting 5/2, but given their recent Premier League scores that could be overly generous odds on the boys of the Chosen One.