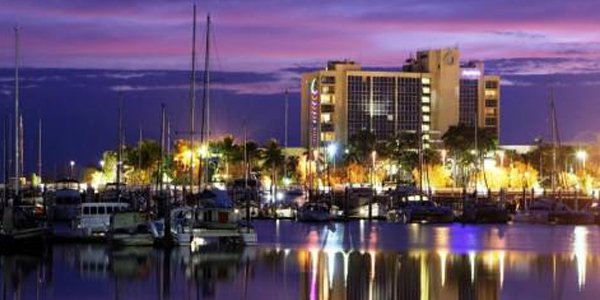 Rich lister Chris Morris is planning to give the Townsville casino a $20 million facelift, to turn it into an addition to his expanding Queensland tourism empire.

The Colonial Leisure Group entered agreed to purchase Echo Entertainment Group’s Jupiters Townsville casino in January, offering to pay $70 million for the venue. In an interview with Australian gambling news, Morris said the property had a lot of potential. According to him, the only thing that’s missing to bring it back on the right track is a smart investment.

“[Echo] had been trying to sell it for two years. The only money that had really been spent on it is the gambling facilities,” he told reporters. Morris is happy with his latest acquisition, adding that it is located in the “best spot in Townsville”.

As it is now, the venue gets about 2,000 visitors a day. But management has been struggling to encourage customers to spend money outside its Australian poker rooms and casino floor. Things are about to change though, as Morris has different plans for the Townsville casino.

“The only reason people were going there was to gamble. The food and beverage offering… was very average,” he commented, adding that he’s willing to spend at least $20 million on a complete remake. The resort will get new restaurants and bars.

With the Jupiters deal finalized, Morris’ investments in Queensland will reach $100 million over the past three years. The businessman wants to create a more appealing entertainment package for international tourists.

“[Jupiters Townsville] is the worst-performing casino in Australia by a long way. But you don’t want to buy the best-performing business because it’s hard to improve,” he said in an interview.