Closing of VIP Casinos in Macau: Eight Venues are Out of the Gambling Map

News >Closing of VIP Casinos in Macau: Eight Venues are Out of the Gambling Map 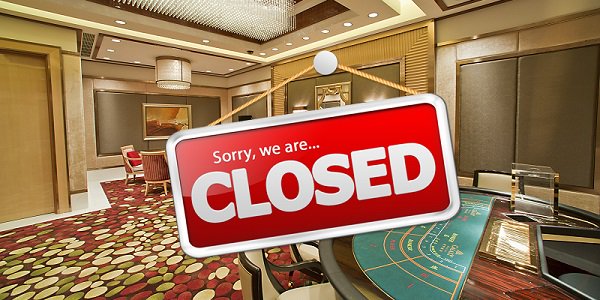 An important side effect of the closing of VIP casinos in Macau will be the unemployment in the region.

It has already been widely written about the decline of the economic development of Macau, a former Portuguese colony and special administrative region in the south eastern part of China. Although only a few years ago it was considered to be one of the greatest gambling centers in the world and even compared to Las Vegas, Macau is now fighting to stay on the world gambling map. However, as gambling news report, the month that comes will not bring better news for Macau. The city will close or is planning to close around 10 VIP gaming rooms in early September, since the VIP business is not moving from the zero point. The junket operators are also preparing for a terrible loss until the end of the year because losing the VIP rooms means practically losing their business in Macau.

The loss of the closing of VIP casinos is still unknown

The city has announced that the closure of 8 to10 VIP gaming rooms in early September, is due to the decrease of the revenues from the VIP gaming operations. According to gambling policy experts the competition that comes from Southeast Asia and the poor gaming debt repayment ability of the Chinese gamblers are the main reasons behind the revenue decline in the VIP gaming rooms in Macau. Because of this the Association of Gaming and Entertainment Promoters of Macau and the casino worker activist group “Forefront” announced that September will be one of the “blackest” months for Macau. A real surprise for the gambling world was to read that among the 8 VIP rooms that will be closed, is also the prominent VIP gaming operator Golden Group. This information was confirmed by the president of the Association of Gaming and Entertainment Promoters of Macau, Kwok Chi Chung, told Business Daily.

Starting from yesterday, David Group, which is another major junket operator has also been left with only one VIP gaming room in Wynn Macau. At the beginning of this year, as it was said by Mr. Kwok and the deputy director of “Forefront” Lei Kuok Keong, they were operating with seven huge VIP rooms. The reasons behind this restriction is that the costs for maintaining these room have become unbearable for the VIP gaming operator. online gambling sites in Macau note further that the numbers concerning the loss are still unknown and the officials from David Group have not yet come out with a press release.

3,000 local residents affected by the closing of VIP casinos

Casinos and junket operators rely on each other

It is still early to speak about the statistics concerning the closing of VIP casinos in Macau. However, the crude fact is that many people will soon have to be fired. This includes not only people working in the casinos but also those that are involved in the operations of the individual junket affiliates and creditors. There are several estimations according to which around 3,000 local resident employees have already been or will be affected by the closure of in total 40 to 50 VIP rooms in Macau, from the beginning of this year until September. As Mr. Lei says one of the most serious cases, when the VIP gaming operators are concerned, is with the junket operator Heng Sheng Group. He stresses that “at the peak time of their business, around Chinese New Year in 2014, the group had 11 VIP rooms running here and employed 700 staff, but now they’ve got only four VIP rooms left, and their staff number has dropped to around 100.”

According to online casinos in Macau, by the end of this year, even more VIP room closures are expected since there are no bright predictions that the VIP gaming business in the city will improve. This is especially not the case after the last problems of the Chinese economic system. The official statistics say that the number of licensed junket promoters in Macau in July was 182 just one less than the 183 junket promoters published in the Official Gazette on January 28. According to the casino regulator Gaming Inspection and Co-ordination Bureau, these facts show that there was a considerable decrease of the number of licensed junket operators in comparison to January last year when the total number was 210.