Competing Federal Proposals to Regulate Online Gambling in the US

News >Competing Federal Proposals to Regulate Online Gambling in the US

The momentum is clear but the direction is yet undecided 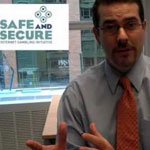 Although the proposed bill that appears to have the broadest support in Congress is the Internet Gambling Regulation, Consumer Protection and Enforcement Act of 2013, submitted last month by Peter King, other representatives have differing ideas.

On Thursday Rep. Joe Barton has decided to submit his own bill aimed at regulating internet gambling. Similarly to the failed Reid-Kyl Bill of last year, Barton’s proposal would allow only online poker sites in the US.

Safe and Secure Internet Gambling Initiative spokesman Michael Waxman finds this provision nonsensical. “The top motivation for legislators to focus on this issue is to protect consumers, which is why the House Financial Services Committee overwhelmingly approved legislation years ago that allowed all forms of Internet gambling activity. There’s no logic behind the argument that it should be permissible for Americans to play poker and bet on horses online, but can’t play bingo online as well.”

Barton’s bill would also be similar to the Belgian model, in making a domestic brick-and-mortar casino license the pre-requisite of opening an American internet casino. This would essentially make it impossible for online operators (e.g. Zynga or Poker Stars) to enter this market on their own.

He would also make it illegal to fund this sort of entertainment from one’s credit card. Critics point out that not only does credit card use provide greater consumer protection, players also have myriad of ways to circumvent such rules through proxy payment platforms, using their cards in the end.

While the proposal has received its share of criticism, even its opponents agree that such legislative fervor is favorable for the overall cause of federal online gambling legalization. Once the details are hammered out and the smoke clears, the end result is likely to be American gambling laws that create uniform conditions for legal online gambling nationwide.