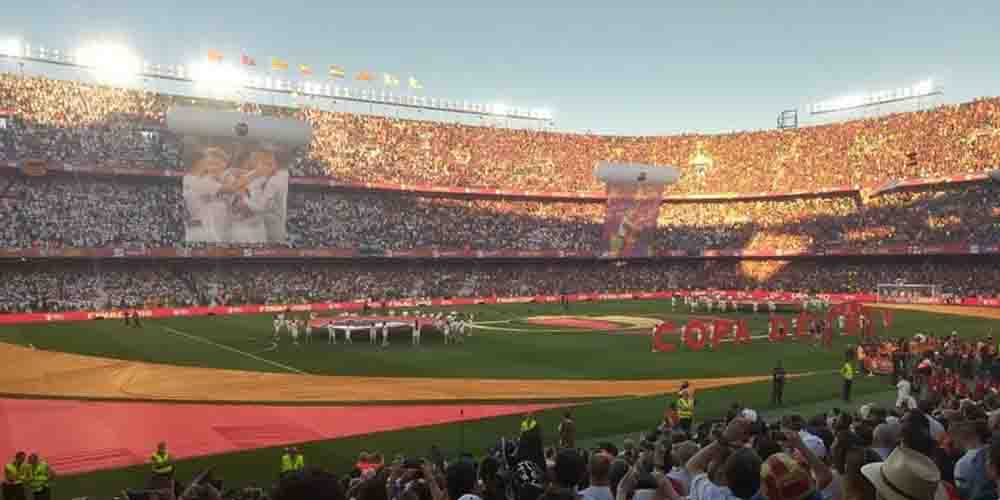 The Copa del Rey winner odds and predictions reveal all of the expected teams. Bookies have Barcelona, Real Madrid, and Atletico Madrid open as the top 3 favorites for the title. Each club has its own reasons to try and win the trophy. However, football is such an unpredictable sport that any club could theoretically win it. In fact, the latest surprise was in 2020 after Real Sociedad won the title against all the odds. Therefore, we might see other teams such as Sevilla or Real Sociedad creating a surprise in 2022. Who do you predict will win the title by the end of the upcoming season?

Barcelona Looking to Extend Their Lead

With the recent golden era with Lionel Messi, Barcelona has had its best decade in the history of the club. The Blaugrana has dominated domestic competitions including the La Liga and Copa del Rey. For instance, Barcelona has won the La Liga title a total of eight times in the past 12 years. Additionally, they have also won the Copa del Rey trophy a total of seven times in the same period of time. This puts them as the most successful team in the Copa del Rey with a total of 31x trophies in the cabinet. In fact, the club has won the title 8 more times than their closest chaser Athletic Bilbao which has won it 23 times only.

With the new management of the team for the upcoming season, the objective is to win all possible titles including the Copa del Rey. As a result, bookies and online sportsbook sites in Spain have Barcelona open as the favorite in their Copa del Rey winner odds. For example, at 22BET Sportsbook, the betting odds for the Blaugrana to win the trophy in 2022 are 3.24. Do you agree with bookies prediction?

Naturally, Real Madrid’s goal at the beginning of every season is to win all possible titles. However, this is sometimes an unrealistic objective due to several reasons such as the dense schedule of matches. Therefore, the club sometimes chooses to prioritize certain competitions over others due to their significance. As a result, you would always see Real Madrid dedicate more efforts to win the Champions League and La Liga. On the other hand, Copa del Rey was never a priority for the club. This is evident by stats as Real Madrid is the club with the most La Liga and CL titles. On the other, they come in 3rd place for the club with the most Copa del Rey titles at 19.

Although this competition was never a priority for Real Madrid, the upcoming season will certainly be different. After the trophyless 2020/2021 season, the Meringues will certainly try to salvage next year’s campaign with any title. As a result, 22BET Sportsbook places Real Madrid as the second favorite in its Copa del Rey winner odds at 3.50.

Under the leadership of Diego Simeone, Atletico Madrid became a team that can compete on the same level as Real Madrid and Barcelona. In fact, the Argentinian manager exceeded all expectations by snatching away the league title twice. However, similar to Real Madrid, Atletico has struggled to consistently win the Copa del Rey in recent years. Their latest victory was back in the 2012/ 2013 season after beating Real Madrid 2-1 after extra time. Therefore, the team will be certainly looking to recreate such achievement in the 2021/ 2022 season. However, this will not be an easy task as long as Barcelona and Real Madrid are competing for it as well. As a result, bookies and online sportsbook sites in Spain placed Atletico as 3rd favorite in their Copa del Rey winner odds. At 22BET Sportsbook, the betting odds for them to win the title are 6.00.

Will Sevilla Keep Up with the Trio?

It is a known fact that the previous three teams are significantly better than all of the other teams in Spain. As a result, you would rarely find that any of the Spanish domestic trophies outside of the best tri. However, with football being an unpredictable sport, a team creates a surprise every now and then. For instance, Real Sociedad went against all the odds and won the 2020 Copa del Rey title. However, based on the stats of the previous stats, it seems that Sevilla has the best chance at causing such a surprise. The Nervionenses finished 4th in the La Liga standings and were just two points away from Barcelona. Therefore, based on such performances, 22BET Sportsbook places Sevilla as the 4th favorite in its Copa del Rey winner odds at 11.00. Do you predict Sevilla causing such an achievement?

Other Teams Included in the Copa del Rey Winner Odds

As you already know, Football is one of the most unpredictable sports in the world. Throughout its history, the sport has provided its fans with some of the most remarkable and unexpected events. Therefore, such an event might happen in the 2021/ 2022 Copa del Rey competition. This is even supported by the fact that the top teams might focus on the La Liga and Champions League. As a result, 22BET Sportsbook offers you the opportunity to bet on several other teams in its Copa del Rey winner odds. On top of this list is Real Sociedad, which is the winner of the 2020 title. After finishing 5th in the previous La Liga season, the team has a decent chance at repeating its achievement. The betting odds for Real Sociedad to win the title are 15.00.

Several other teams are included in the list of potential winners. However, the likely hood of any of those teams winning the title are slim. The following teams do not possess sufficient talent in their squads to compete with the best teams. However, anything can happen in the world of football. If you believe that any of those teams will win, go ahead and place your betting prediction!