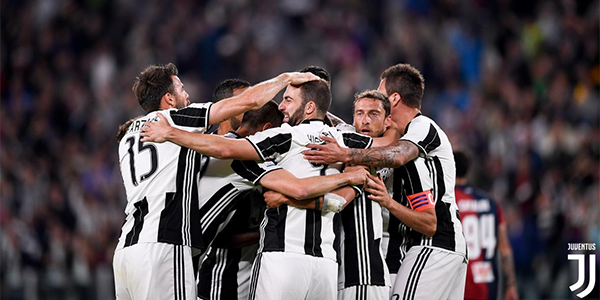 Coppa Italia’s two-legged semifinals are about to kick off next week. Which club will place itself in the final? Will the champions continue their run for the fourth title in 2018? Take a look at the Coppa Italia semifinals betting tips on the first legs.

Three-time defending champion Juventus are set to visit Atalanta who placed themselves in the semifinal, by knocking out the Serie A leaders with a breathtaking (2-1) victory. On the other side, AC Milan have booked their place against Lazio after “like a World Cup final” win over Internazionale with one and the only goal scored by Patrick Cutrone in the extra time. Online sportsbooks in Italy expect the both games to show exceptional determination and desire from all teams, as they fight for an early place in the final. Our Coppa Italia semifinals betting tips opt for the last year finalists Juve vs Lazio to advance again in 2018.

The titleholders have successfully beaten the city rival Torino (2-0) to reach the Coppa Italia semifinals. They have shown that their summer signings Costa and Matuidi have grown and progressed well during their time at Allianz. They are giving excellent performance at a time Juve’s rivals including Napoli, Lazio and Roma are dropping out of the competition.

Such impressive success by Juventus will have a new and difficult test against the Bergamo-based team who are also having a good season. Atalanta’s only title success was when they won the same competition in 1963. Will they be able to lift the Cup again after five decades? Or the titleholders will retain the Cup for the fourth season in a raw?

After the exciting derby and the much-needed (1-0) win over Inter Milan, online sportsbooks in Italy expect Gattuso’s men to have good spirit on both a psychological level and in terms of results. Yet their performance was not complete in the quarterfinal, as they sustained pressure but were unable to score during the 90 minutes.

AC Milan are set to face the last year runner up Lazio who defeated Fiorantina (1-0) easily. The 3rd placed Lazio in the Serie A are expected to be strong rivals, especially that they already beaten AC Milan early this season (4-1), and they have more consistent squad than the Rossoneri.

Juve vs Lazio in the final again?

According to the betting odds at Unibet Sportsbook both last year’s finalists are favorites to place themselves again in 2018. The odds for Juventus to win over Atalanta are 2.00, while the odds for Atalanta stand at 3.80. On the other hand the odds for Lazio to win the first leg against AC Milan are 2.80, while for A Milan they are 2.40.