Could Caesars Entertainment Demise be Due to its Absence in Asia? 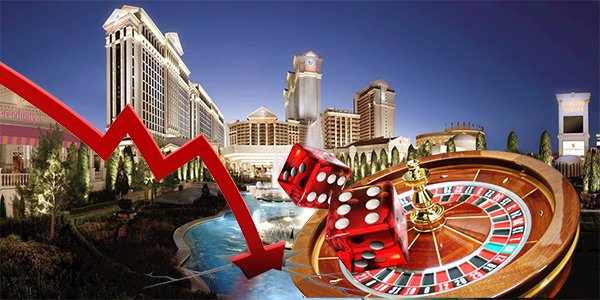 Since filing for Chapter 11 Bankruptcy deal Caesars is caught up in harsh deadlock with creditors.

As Caesars Entertainment Corp files for Chapter 11 Bankruptcy, the big question in the back of some people’s mind is “Why didn’t Caesars venture into the Asian Market?”, especially for a corporation that boasts of being “the world’s most geographically diversified casino-entertainment company,” having operations indeed, worldwide.

So with the Asia market on top of things, with overall gambling revenues rising swiftly over the last 10 years, it surely is the fastest growing casino market in the world. The fact is, Caesar’s Entertainment Corp just didn’t manage somehow to pierce into the massive Asian gaming industry in Macau and Singapore.

Caesars started having problems with Asia way back in 2001 when the business was called Harrah’s Entertainment Inc. Back then they had a chance but did not ask for a license in Macau, not once but twice. Gary Loveman, admits that this second chance was a ‘big mistake’. For since then, Wynn Resorts and MGM Resorts International, Caesars’ rivals, have set up home there, raking in millions.

Since Caesars’ acquisition by two private equities for $30 billion, in 2008, the unit has been working its way through its massive debt. The two equities have put the unit, Caesars Entertainment Operating Co, into Chapter 11 bankruptcy protection in Chicago under US gambling laws, last Thursday morning.

Under the restructuring plan, the unit would lower its debt to around $8.6 billion from the initial $18.4 billion, reducing yearly interest fees to approximately $450 million down from $1.7 billion. The unit would also sustain a corporate makeover, transforming into a real estate investment trust with an operating entity and a property company.

Caesars had seemed one step forward to getting closer to a complete restructure even if creditors disapproved. However, the relief was short-lived. Jurisdiction rights came to the forefront on Monday when the protesting creditors, filed a petition for an involuntary bankruptcy in Delaware.

Oaktree capital and Appaloosa Management have shown their disagreement with Caesars’ move in court filings this week. They argue that the restructuring plan put forward by Caesars does not give them much leverage and that a Delaware court may rule in their favor under different terms.

Delaware courts are known to be understanding of Wall Street investors’ woes affirms legal experts. Caesars said it chose to file for bankruptcy in Chicago because most of its casinos are in the Midwest and it seemed only fitting to file for Chapter 10 bankruptcy there. The company also owns Caesars Palace in Las Vegas.

Private Equities want to break even

TPG and Apollo Global Management, the two private equity owners of Caesars, are confident that the Chapter 11 bankruptcy protection will allow them to recover some money, should Caesars go under. For the truth be told, Caesars has been a bit of a pain for TPG and Apollo.

TPG confessed sometime last year that “the value of its investment in Caesars had declined 12 % as of June 30”. Caesars, who has seen a sharp decline in gambling, in its US poker rooms has barely been able to salvage its corporate structure.

For, despite the buyout, the parent company has not reported an annual profit since 2009. To make things worse, Caesars, TPG and Apollo Global Management are up against some of Wall Street’s stalwart investment firms.

Jason Kilborn, a professor at the John Marshall Law School in Chicago said that on the one hand, “the Delaware courts tend to take a very sophisticated, very permissive attitude toward ‘what can we make happen? ”.

On other hand, Kilborn continued, Chicago courts are believed to take a more favorable perpsective of the bankruptcy code, which could shield Caesars parent company and its affiliates from lawsuits.

What ever happened in Asia stays in Asia

Those profitable Asian markets may have been able to be a lifeboat for Caesars, and it may not have been for lack of trying. In 2006, in Singapore, Caesars lost a bid for a casino license to Las Vegas Sands.

A Caesars executive, Jones Blackhurst, said “We’ve looked a lot at that. We had a fabulous bid—we just didn’t have the bid Singapore wanted”. Then, after having spent $578 million on a golf course in Macau in 2007 they never got a license there either.