Thanks to a pornographic video scandal, citizens’ rights and access to Internet gambling in Indonesia may soon become even more restrictive. 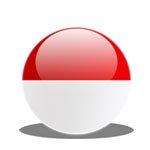 Thanks to a pornographic video scandal, citizens’ rights and access to Internet gambling in Indonesia may soon become even more restrictive.

In the wake of a scandal involving a pair of videos made by pop star Nazril “Ariel” Ilham and two different Indonesian celebrities, some Indonesian government officials may be looking to censor internet access to potentially millions of websites. Indonesian communications and information technology minister Tifatul Semibiring was quoted in Sunday’s New York Times as having stated that his country needed “to make the same regulation as Australia, the same as Singapore, but not like China.”

While Semibiring did admit that Internet censorship regulations in Australia are still in something of a trial period, the bill he supports to curtail offensive material to Indonesia was restrictive enough to have defeated by public opinion alone earlier this year. The proposed regulations are aimed at filtering multimedia content, but the many people who work in the online community in Indonesia balked.

“The regulation’s fatal mistake was that [it made] content providers responsible for content, when the creators, writers or those who upload the content [should be accountable],” said information technology analyst Onno Purbo at that time.

The regulations, which Semibiring now feels are at “a good time” to be reconsidered, would ban multimedia service providers from “distributing, transmitting and making accessible content deemed pornographic” by government censors, “indecent” material, libelous matter and online gambling.

Online casinos in Indonesia are currently based on foreign soil and the Indonesian government doesn’t license online casinos. However, no punishment can be handed down to Internet casino operators there, due to being outside Indonesian jurisdiction.