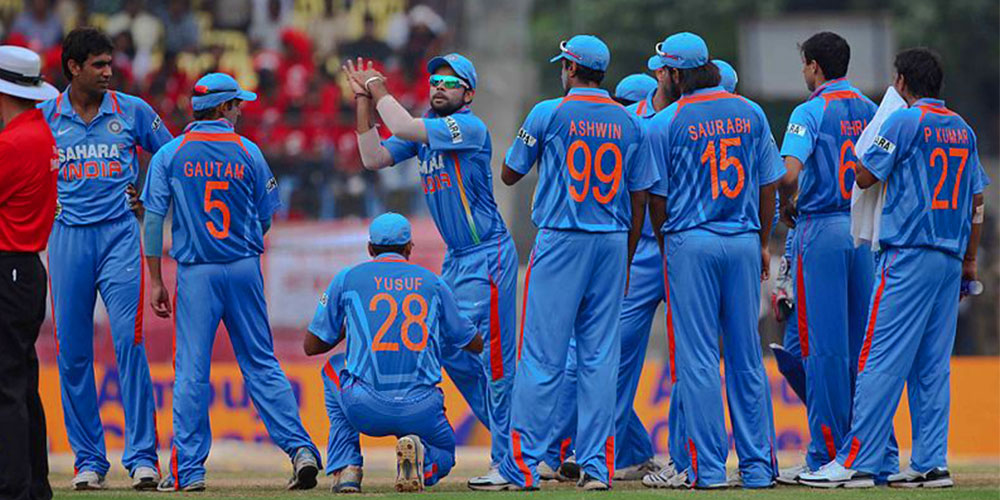 Cricket World Cup is going to India for 2023 and this will be the first time India will be hosting independently. For all the cricket fans, the World Cup is as exciting as the game can get. Similar to other sports, the 4-year time gap between each World Cup builds up enough excitement which shows during the matches. Having the game come home is a big deal for India fans and the team. Consequently, India is favorite to win as an outright winner. Check out the cricket World Cup 2023 odds for other teams.

It only has been a year since the last world cup, yet fans from all over the world are looking forward to the next one already. Teams are already in the process of improving their game in order to be ready for the big dance. However, before the big season, T20 World Cup 2020 will be crowning another team as victors. The result from T20 will certainly help in making an informed decision when it comes to wagering.

Cricket World Cup 2023 Odds: India will be in perfect form

Cricket comes home and India’s odds rise significantly. There is no denying that there is a definite connection between the two. Indian fans take cricket seriously and this makes one of the reasons why their cricket team performs better when they are playing on home ground.

So much so, that mind-blowing facts about cricket suggest that Dhoni has never scored a century outside of Asia. The majority of these were scored in India. The boost that the cricket team receives will certainly be enough when it combines with the team’s gameplay. India is a tough force on the field and it is never okay to take them as a light opponent.

If the team goes to competition under Kohli’s captaincy, that makes it another reason for India to be a top favorite on online sportsbooks sites in the UK. India currently supports odds of 3.00.

Current and first time World Champions, the English team has been in exceptional form lately. England has been gaining momentum over the years and is now ranking with the big guns. With multiple wins coming their way, the latest series England won were against Pakistan in 2019 at home. Winning from Pakistan is an accomplishment considering their odds for World Cup are not too shabby- 9.50.

The World Cup 2019 final makes for one of the reasons why cricket is a highly entertaining game. England vs New Zealand’s last over made everyone hold their breath. Stokes carried the team forward till the end bringing England their first-ever Cricket World Cup.

Considering how the tough time the gave rest of the teams in the last World Cup, online gambling news in the UK has high hopes for the next one. England is following India closely in the wagering list at Unibet sportsbook with odds of 4.00.

Odds for the top 10 teams

Whenever talking about the big guns in cricket, one can never forget Australia. The most successful champions of the competition, Australia is a 5-time winner of the prestigious trophy. Furthermore, it would be blasphemous to even consider that Australia does not stand a chance. Review about Unibet sportsbook suggests that Australia always ranks high even in the odds lists in cricket. Australia is at number 3 with 5.50 odds as an outright winner.

New Zealand is still seemingly recovering from the close encounter with the World Cup trophy. However, unlike other teams, the black caps are rather quick at bouncing back in the game and are currently supporting odds similar to Pakistan’s- 9.50.

Other powerful teams such as West Indies are among the ones who are unpredictable with their gameplay. Which makes them for a more fearsome opponent than the rest. West Indies shares odds of 17.00 with Sri Lanka who is similar in regard to West Indies and their playing style.