Changes to Danish gambling laws scheduled to go into effect 01 January 2010 will be pushed forward to April or later. The delay is largely due to 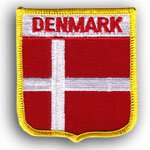 Changes to Danish gambling laws scheduled to go into effect 01 January 2010 will be pushed forward to April or later. The delay is largely due to the need to process and analyze a huge number of license applications – something that the Danish Gambling Board is not accustomed to doing.

“Just imagine 20 or 30 operators applying for a licence,” said Ladbrokes Nordic country manager for Denmark, Richardt Funch. “We are talking about a government that has only dealt with the monopoly licence in 50 years, so there will be a lot of due diligence work and legal requirements. It is unlikely we could make it before Christmas. We have received some of the technical requirements, but still don’t know all the details. So March or April is more likely.”

Despite the delay, good news has emerged regarding online poker sites in Denmark. While some countries like Italy and France keep online poker networks caged up, Denmark has promised that locally-licensed internet poker sites will be able to attach their Danish pages to their existing international networks.

“I think the Danish Gambling Board saw early on in the process that running a ring-fenced poker network based on 5.5 million people would be very unattractive for Danish poker players,” Funch commented.

The internet gambling industry in Denmark is not going to be completely opened. Current gambling monopoly Danske Spil will maintain control over certain slices of the industry, including lottery, scratchcards, keno, and internet bingo sites in Denmark.

Two licenses will be offered once legislation is complete sometime next year. One will be for sports betting, while the other is for online casino and poker games. A €36,000 application fee is being asked of potential licensees. Annual fees start at a base rate of €51,000 plus between €7,000 and €200,000 depending on gross win. A flat tax of 20% will be levied across all sectors.