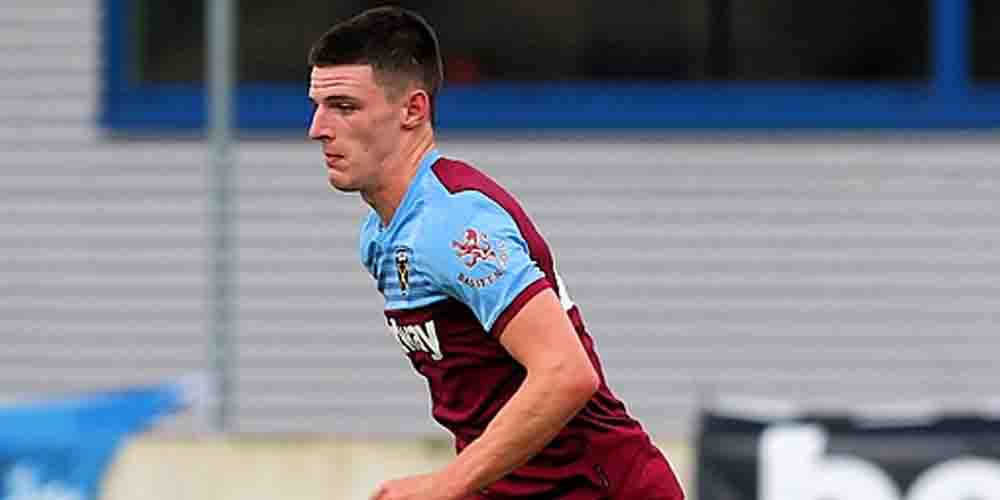 England star Declan Rice is obviously keen to leave West Ham and join one of the top Premier League clubs. Should West Ham fulfill his wish, Declan Rice’s next club odds show one of three suitors will likely strike a deal with him. They are Chelsea, Manchester United, and Manchester City.

The 22-year-old midfielder has played a pivotal part in West Ham’s success this past season. However, he is willing to take a new journey somewhere else. Thus, Rice recently rejected two contract offers from the Hammers. That is a very clear sign that Rice is sending signals to any interested clubs to come and try to talk a deal.

According to online sportsbook news in the United Kingdom, West Ham have reacted stiffly. They informed Rice that there are still three years on his current contract. What is more, their boss David Moyes repeatedly said that Rice is not for sale. In that sense, 32Red Sportsbook offers 1.30 odds for Rice to stay put in east London. But, if that does not happen, then here are Declan Rice’s next club odds about his top suitors.

Declan Rice spent time in Chelsea’s academy earlier in his career from 2006 to 2014. He was with Mason Mount, his best friend on the national team. As Rice and Mount are now with the Three Lions at Euro 2020, they must have spoken about their futures.

With Chelsea’s interest in Rice, Mount will likely play a crucial role in convincing him. There is nothing concrete from Chelsea yet, but if the club is serious, the value is 3.50 at Declan Rice’s next club odds.

United another favorite at Declan Rice next club odds

The Premier League champions are pursuing a long-term replacement for the aging Fernandinho. Their midfielder will stay for another year but then a new long-term player will step in. There is one option, Rodri who came from Atletico Madrid in 2019. However, it seems that the Etihad officials are not satisfied and will seek to add another player.

Rice is likely to be in the minds of the Etihad officials. If they decide to go after Rice and sign him the odds for that to happen are 10.00. If you would like to see the entire list of Rice suitors and their odds, just check out the review about 32Red Sportsbook.