Details of the Proposed US Online Poker Legislation – Part 2.

The summary of the Reid-Kyl proposal and their effect on the American online poker, race betting and casinos – Part 2. 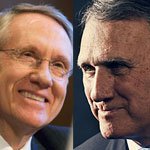 You can read the previous article in: Details of the Proposed US Online Poker Legislation – Part 1.

Off-track race betting would be subject to a similar regulation as online poker: individual states would have to decide on their level whether they want to allow it, with the option of losing this possibility if they choose not to vote about it.

At the same time, the draft would prohibit states from offering online games that “mimic casino or slot titles”. This is practically a ban on online casinos in United States apart from online poker rooms.

The bill also plans to continue balling American players playing online poker on international sites, including players in opt-out states. Playing on unlicensed sites will be explicitly outlawed with winnings subject to forfeiture.

The bill would only give license to land-based casino operators and land-based poker gaming machine device manufacturers meeting certain criteria to start online American poker rooms for two years after it’s been ratified.

There’s a 15-month blackout period: no-one would be allowed to begin offering online poker during this time. This measure is allegedly to prevent “first mover’s advantage”.

Online poker sites that were up and running in the US after the Black Friday UIGEA act (such as PokerStars) would face a five-year ban, unless they prove to the federal court that there was no breach of federal and state laws in their operation.