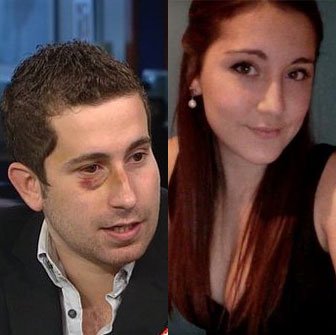 According to her lawyer, Bianca Rojas-Latraverse, is ready to plead guilty, Canadian gambling news sources reported to CBC. Rojas-Latraverse is charged with home invasion and violent robbery of her ex-boyfriend, world poker champion Jonathan Duhamel.

Duhamel has won a poker world title in 2010 in Las Vegas, winning $8.9 million. The Canadian gambling laws allowed him to participate in the US tournament.

Duhamel, a player rumored to plan opening online casinos in Canada, was severely beaten and robbed at his Boucherville home Quebec on 21st December. The assaulters took approximately $115,000 in cash and jewelry worth about $50,000.

According to Duhamel, he was sleeping in his bed when a man rang his doorbell at around 9:15 in the morning. When asked, the man answered he was delivering a package for the former poker champion.

As Duhamel opened the door, the man forced his way in. Seconds later a second attacker stepped to the entrance.

According to Duhamel’s testimony, his assaulters threatened and beat him up to force him tell where he kept his valuables. After Duhamel agreed to open his safe, he was tied up and robbed. Duhamel severed minor injuries in the assault was taken to hospital.

The trial was supposed to begin on Friday, but Rojas-Latraverse requested a delay after she was allegedly beaten by her prison mates at her detention centre.

The court decision was postponed again on Monday till the 21st September 2012 , this time because the defendant chose to plead guilty to some of the charges. Rojas-Latraverse remains in custody.