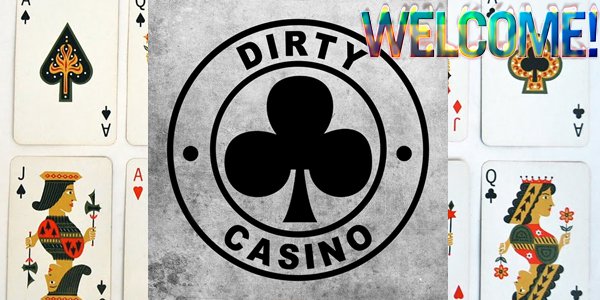 Viva Las Vegas! With more casinos than you can count, it’s a tough decision to find which casino ranks as the best, but what about the worst? Which of Las Vegas’ numerous casinos get’s to take away the award for being the ones to avoid at all costs?

Going away from the bright lights of the Strip and the Venetian, we’re going to give you list of 7 nasty casinos to avoid at all costs, unless roaches and bad smells or tacky décor and rude staff are your thing.

• Live Keno has a house edge that runs 25% or higher
• Big Six Wheel is an old carnival game with the house edge running between 11 to 24%, depending on the number of the player bets
• Baccarat Tie Bet is one of the worst bets you can make. It has a 14.6% edge, which means you’re better off sticking to banker or player bets
• Blackjack insurance bets should be avoided when you’re playing blackjack. With an edge of 8%, you’re not insuring anything

This tiny casino is hidden away just off Sahara Avenue and has earned its claim to fame for being one of the worst casinos in Las Vegas and is enough to convert you to playing on mobile casinos or online only.

The Eureka is described as being “decorated like a hotel lobby and feels like an abandoned bus station.”

Small is not the issue with this casino, but rather the fact there is no atmosphere. Any place that garners the description of being smoky, sticky and stinky doesn’t do much for its favor.

The casino is plagued with old machines and penny slots, not even giving you the chance to play good games to with the sticky film you’ll find on everything.

If you look on any list featuring the worst casinos in Las Vegas, Circus Circus pops up on a frequent basis on gambling news and forums.

This large casino is located on the Strip and owned by MGM Resorts International, but despite the big name, that doesn’t stop Circus Circus from being a carnival of the gambling macabre, where even the seats get covered in vomit.

Circus Circus has earned its name from its dirty rooms, rude employees and depressing atmosphere. It’s a good one to avoid on your next trip to Vegas.

Its cheesy décor gives it the feel of being trapped in a time bubble in the 1970s, and not in a good way. And if the look of the place wasn’t enough to put you off, the unpalatable buffet, according to reviewers, will do.

When a casino is described as feeling like death waiting in the corners to take you, there is something definitely wrong.

Donald Trump may have his name associated with this casino, but the standards are certainly a world away.

This dingy casino has topped a few of the lists chronicling the worst casinos in Vegas, and according to the reviews, it’s easy to see why.

One reviewer even said that urine leaks onto the casino floor from the ceiling, which is definitely beyond disgusting.

This roach laden casino motel has received the title of being the “nastiest place in the world”.

Located in one of Las Vegas’ worse neighborhoods, filled with prostitutes, drug deals and with its ghetto vibe, Siegel is not a place you’re likely to willingly find yourself in.

Perhaps medieval tack is your thing, but the Excalibur Casino has received its fair share of complaints for its surly employees, dirty rooms and bad buffet food.

It might not be a dingy, roach-infested hell hole, but quite a few customers have complained about the lack of standards, and the fact that all the knights and King Arthur theme is rather on the cheesy side.

Maybe only avoid this one if you’re not a huge fan of anything medieval.

You know you’re not doing something right when almost all the reviews use the word “dingy.”

Treasure Island Casino seems to be stuck in a time warp where the outside world continues into the 21st century, whereas this casino is stuck with a desperate need to get updated.

It ranks in a number of lists as one of the worst casinos on the United States.
A casino that deserves notable mention is the Western, which became the epitome of bad casinos. However, this has closed down back in 2011.