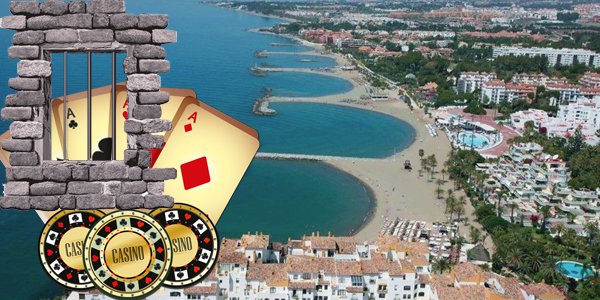 The police found and confiscated EUR8,600 worth of gambling tickets, 432 packets of cards and a professional gaming table.

The table was set up at an establishment in Avenida de Prado in Nueva Andalucia. The room was protected by a sophisticated security system, with controlled access and a security guard. Eight people were involved in the illegal poker game.

According to local gambling news, the establishment had been raided by the police before, in November 2012. Back then, the authorities recovered more than EUR31,000 in cash. In addition to playing clandestine poker games, people were also placing bets on sports events.

Participants were required to pay for their gambling chips in advance, and the money was kept in a safe. At the end of the game, players could exchange their chips for cash.

Under Spanish gambling laws, such activities can only be hosted by licensed operators. The lawbreakers are now facing fraud charges for refusing to pay taxes and for posing unfair competition to authorized casinos and gambling businesses.