Do The Chinese Grand Prix Odds Signpost A Mercedes Win? 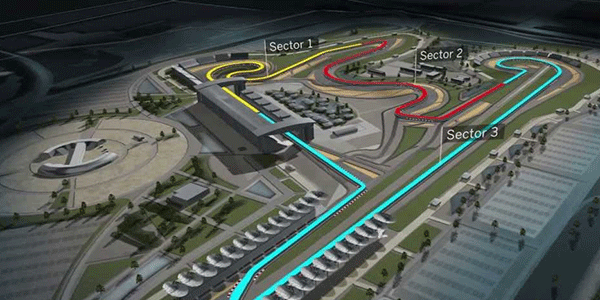 In Formula One this time last year Lewis Hamilton had reversed his fortunes. Despite losing the first Grand Prix of the year in Australia he had returned to winning ways in Bahrain, but this season that didn’t happen and he barely scraped onto the podium as Sebastian Vettel made it two in a row, but does that mean you should be checking the Chinese Grand Prix odds, skirting Chinese gambling laws and betting on him winning three consecutive races confounding all preseason expectations?

To his credit Hamilton raced like a demon, at one point passing three cars in one maneuver, but having been handed a grid penalty for needing another gearbox already, Mercedes were on the back foot from the off. This perhaps explains why after the race Lewis claimed Max Verstappen lacked “respect” for having the temerity to actually race him, apparently all losing Mercedes drivers behave like spoilt children, it wasn’t just Nico Rosberg, and at the Chinese Grand Prix odds are it’ll happen again.

Sebastian Vettel’s Bahrain Grand Prix did not go to plan. Where he should have had a pit stop the Ferrari pits were unavailable because fellow driver Kimi Raikkonen had managed to run over one of his own mechanics (fracturing the poor chap’s leg) and so the German was required to stay out on tires that were going off faster than fireworks in an inferno. With ten laps to go he was all but driving on rims and that he clung on for the win explains why his Chinese Grand Prix odds are so low right now.

Can Ferrari Win At A Mercedes Stomping Ground?

The only reason his 7/4 Chinese Grand Prix odds are a surprise is that historically Ferrari have not performed well at the Shanghai International Circuit and over recent years this has been a Mercedes stomping ground, but the Evens you can get on Hamilton doesn’t seem as big a margin as you’d expect for what should be a breeze of a race. The last time a Ferrari won in China it was being driven by Fernando Alonso, if they win this year it’ll make Chinese gambling news headlines as a big surprise.

What has to be considered are the Red Bull cars of Daniel Ricciardo and Max Verstappen who had a horrid race last weekend. Daniel was brought to an unceremonious halt just moments after Max had picked up a puncture that then damaged his gear box. Both cars out before the end of lap two. Terrible. That said their Chinese Grand Prix odds aren’t so bad if you’re into placing each way wagers with the pair both getting a fairly fair 11/1, only just behind Valtteri Bottas on 9/1 to win the race on Sunday.

Kimi Raikkonen gets 12/1 to win the race (there are no Chinese Grand Prix odds available on which team member he’ll maim this race nor in what manner he’ll injure them) after which the bookies have decided no one really has a chance. Fernando Alonso at McLaren gets 300/1 the best of the Haas cars with Kevin Magnussen gets 400/1 and Esteban Ocon gets 1000 for Force India, and Sergey Sirotkin, new boy at Williams, garners just 3000/1 to grab a hugely unlikely victory. So then is it worth it?

Well with the way Vettel has been racing there’s a good chance that his 7/4 is no bad wager, Hamilton may not have put a foot wrong but has hardly started the season with his best foot forward and if you like to bet on sports in China you’re going to have to flip a coin to decide between the two, even if the German will earn you more winnings. Likewise don’t count out the Red Bull team getting a podium and those 11/1 odds being worth an each way wager, Hamilton’s reaction an admittance they scare the big teams.