DOJ Got Sued for Records On Internet Gambling Bill 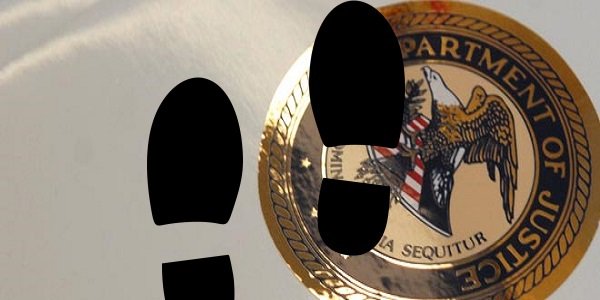 A conservative group filed for records of the revision of a 1961 gambling act. Their request was ignored and the DOJ got sued.

Mobile betting fans are probably used to this by now, but guess what? There is another scandal surrounding online gambling. According to CNSNews, it all started in 2011, when the Department of Justice decided to knock down legal barriers limiting online gambling. Of course, the support only went for states that wanted to use Internet casinos and betting as a means to patch up the holes in their budget. The request to remove all such legal rulings came from Illinois and New York and the new moves meant changing some aspects of the Wire Act of 1961.

So, what is the Wire Act of 1961? Well, as Gambling-Laws-US says, it was originally made as a series of anti-racketeering laws. The main goal of this Act was to shrink gambling activities and scare people away from them: “[…] engaged in the business of betting or wagering knowingly uses a wire communication facility for the transmission in interstate or foreign commerce of bets or wagers or information assisting in the placing of bets or wagers on any sporting event or contest, or for the transmission of a wire communication which entitles the recipient to receive money or credit as a result of bets or wagers, shall be fined under this title or imprisoned not more than two years, or both.”

From Wires to the Internet

In 1961 technical possibilities were a lot more modest of course

Naturally, when the Internet appeared, these laws were transformed so they would be applicable for the modern standards. In 2011, the Department of Justice remodeled the Wire Act. The new ruling apparently determined the usage for lottery tickets, but it also permitted states to give permission for online gambling operations such as internet betting in the US. An important aspect of this bill was – as CNSNews reports – that the aforementioned Internet bets were not only allowed in the sports section, but other areas, too. With this, the federal prohibition on online wagering done for non-sporting events, was lifted.

The problem with the new ruling is that there are sharp differences between what the DOJ permits and the Unlawful Internet Gambling Enforcement Act, which was passed by Congress in 2006. This Act lets states decide whether they want to offer online gambling or not. So, this moving legal gambling from luxury casinos to the online world is starting to be quite messy and chaotic. Once the opposition realized that there might be ties behind the previous rulings, they decided on taking action. According to CNSNews: “A federal audit found that then-Attorney General Eric Holder had close ties with businesses that have raked in profits as a result of the Justice Department’s decision to now permit Internet gambling.”

As the Las Vegas Review-Journal stated, the Judicial Watch requested to have records released that might clarify some aspects of the 2011 ruling. The request was filed under the Freedom of Information Act, and has since then been ignored by the Department of Justice. Now, the DOJ got sued by a conservative group in July at the U.S. District Court in Washington. The aim is to make the Department of Justice hand over the previously requested records and shed light on the US gambling laws surrounding the issue. The leader of Judicial Watch said the followings to the Las Vegas Review-Journal: “When the Justice Department reverses its own interpretation of a federal statute so quickly and so completely, the American people have a right to know why.”

There is a strong suspicion on part of the Judicial Watch that the administration is hiding something: “…given that the Justice Department is willing to violate federal records law rather than disclose information, Americans can presume corruption behind its decision to unilaterally legalize widespread Internet gambling,” said the President of Judicial Watch. The DOJ did not make a comment on the issue, but is forced to make a formal response by 18th September. How this will pan out, nobody knows. It is, however, strange that the Department of Justice has not yet addressed the issue.