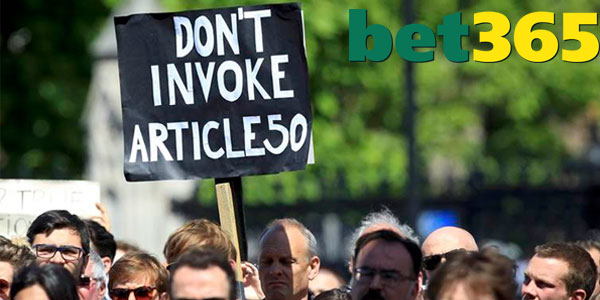 Whilst on an individual level asking after Lennox Lewis purse history, making mention of Prada or Gucci, is a good way to get yourself beaten up, to achieve the same level of self-determined damage on a national level one would need to go to extreme lengths, or in the UK’s case, just vote for Brexit. We’re told it is inevitable and uselessly that “Brexit means Brexit”, but if you’re going to bet on Article 50 being triggered anytime soon, might want to look beyond the New Year.

An oft used description for the onset of absolute chaos, or at least moments of high drama, is that a cat has been set amongst the pigeons. It’s very graphic. Blood, feathers, everyone in a flap. Superb. However there are some situations for which even this is inadequate. The UK voting for Brexit is one of them. Brexit has had an effect like a tactical nuclear weapon detonating in a crowded children’s playground, and you can just bet on Article 50 healding the final ripple of blast wave, not a new genesis.

British Prime Minister Teresa May, who now seems to resemble someone perpetually waking up to find themselves in command of the Raft Of The Medusa, has refused to define Brexit any more than any of the campaigns did prior to the vote, and her bet on Article 50 triggering some sort of equatable exit from the EU is, frankly, just a little deluded. Much as she might make a good showing of it in parliament those that like to bet on sports in the UK will already have seen the flaw. It’s not her decision.

Sites Like Bet365 Will Take Your Bet On Article 50

Obviously, this being the British parliament, she’s not alone in her psychosis, and whilst Boris Johnson concentrates on whipping up some distracting foreign tension by flicking snot at the Russians, quite a lot of MPs are urging the government to let them vote on the referendum result, apparently believing representative democracy is supposed to trump direct democracy. But don’t go out and bet on Article 50 being a bad dream the UK can awake from, MP’s aren’t heroes of democracy. They’re its wranglers.

The ghastly truth the seems to elude much of the UK is that the vote will stand, the people have spoken, that’s how democracy works, and whilst Teresa May can make a great play of not giving a running commentary on negotiations pretending it’s to keep her cards close to her chest, the other nasty little truth is…..she has no cards at all. Europe holds all the cards and even under the extremely liberal UK gambling laws you’d be a fool to bet on Article 50 triggering negotiations dictated by the British side.

It is, naturally, in the interest of the European Union to make leaving as painful as possible, so as to discourage others from this bizarre piece of national self-flagellation, and you can bet on Article 50 starting what will be a humiliating set of defeats for the UK politicians set adrift as most of those responsible swam off into a wealthy retirement. The thing is they know it, and whilst Mrs. May has already touted a triggering of Article 50 sometime early next year, sites like Bet365 aren’t entirely sure.

You can find 47/1 for a bet on Article 50 being triggered this year, but you’d need to place that wager from a rubber room not at Bet365, and whilst January-to-June 2017 is still favorite at 1/4 it is perhaps 21/10 on July-onwards 2017 that is the more interesting wager. Those in the UK gambling news of Brexit can be wished away are dreaming, and much as they might deny it the Brexit vote might have assured British control over the long run, in the near term Europe has them by the short and curlies.