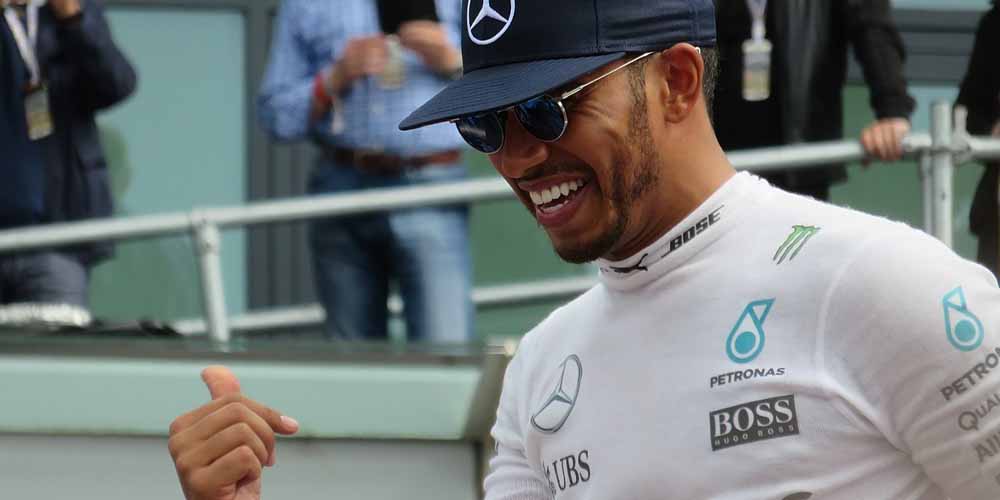 The Turkish Grand Prix sealed his seventh world title in a season that already saw him surpass the highest number of race wins ever. Lewis Hamilton is an F1 legend and he’s not dead yet. That’s why you can still avail yourself of UK gambling laws to bet on Lewis Hamilton winning the Bahrain Grand Prix at Bet365. Despite the rumors, Lewis isn’t going to retire. He wants that 100th GP win, that eighth title. Hamilton wants his place in history to be absolutely unassailable.

Perhaps it’s because when you Google “Hamilton” he’s not the first result. He doesn’t even make the first few pages. Musicals are, it would seem, more popular than motorsport. Who knew? But whatever the reason that drives Lewis Hamilton on after having achieved so much he’ll keep going. Merely equaling the number of championship wins that Michael Schumacher clocked up was never going to be enough. So, you’ll be able to bet on Lewis Hamilton for at least another year.

He has 94 wins with only three races left this season. Oh dear. So, to get that all-important 100th race win, he’ll have to come back in 2021. Mercedes know this. Which is perhaps why his new contract is still in the balance. You can bet on Lewis Hamilton wanting more money and greater freedom of expression than Mercedes wish to give him. But, they’ll come to a deal. It’s in Lewis’ interest, Mercedes’ interest, and the interest of anyone who likes to bet on sports in the UK.

So, you can bet on Mercedes to retain Hamilton into 2021. You can probably also bet on Lewis Hamilton winning the season. We all assume he will. He’ll certainly be the best bet on the 2021 F1 driver’s world championship. The longer season will test reliability. Mercedes have that. Don’t bet on Ferrari or Red Bull being so lucky. Rule changes next season mean the odds on Red Bull and Ferrari catching up and giving Mercedes a race are good, they’re just not good enough.

Odds On The Bahrain Grand Prix

No one is going to steal a march on Mercedes. Not now. So then does that mean a bet on Lewis Hamilton is the only show in town? That anyone hitting up online betting sites in the UK like Bet365 is wasting their cash backing anyone else? Should they not bet on Red Bull? Not bet on Max Verstappen or Charles Leclerc? Will the new rules really not assist the rest of the grid to challenge the silver arrows? We await agog. The Aussie GP in 2021 is going to be fascinating.

Bet365 Has The Best Odds For Your Bet On Lewis Hamilton

Meanwhile, there’s still a few races this season. Bahrain is hosting two back-to-back night races, one of them, the Sakir Grand Prix on a reconfigured track. This should prove interesting, albeit only for the lesser of the teams still sorting out the best of the rest. Certainly, if you’re planning to bet on Lewis Hamilton to win the Bahrain Grand Prix you ought to do so now. Those odds, already short, are just going to get shorter at sites like Bet365. He won here last year quite comfortably.

A bet on the Bahrain Grand Prix then sees the odds on Lewis Hamilton at 2/5, on Valtteri Bottas at 7/2 and on Max Verstappen at 6/1. The odds on Ferrari? 66/1 for Charles Leclerc who got fastest lap in 2019. Vettel gets the same odds. Oh how the mighty have fallen. Not that they won’t bounce back of course, it’s just online sportsbook sites in the UK and elsewhere aren’t going to be giving them better odds than those for a bet on Lewis Hamilton for a very long time yet.

We take a look at why you’ll be able to bet on Lewis Hamilton for quite some time to come yet.