Don’t Spend Christmas Betting Next Year Will Be Any Better 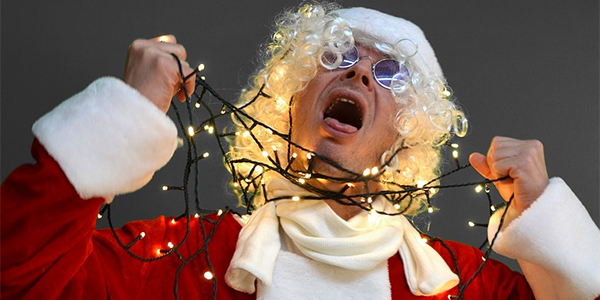 If you’ve spent much of 2017 wondering where it all went wrong, how the world ended up in this ghastly dystopian mess, don’t let the spirit of the holiday season lure you into optimism. Spending your Christmas betting that 2018 will be any better is just setting you up for disappointment, and whilst UK gambling laws do not permit wagers on human suffering you’ll be able to find plenty of odds at BetVictor that will involve a fair bit anyway.

2017 has been a bit of a shocker. In the US Donald Trump’s first year in the White House has proved “very refreshing”, in Europe the Brexit issues have made even pre-existing chasms schism, and North Korea has developed a missile that can hit everywhere. Every famous person you’ve ever heard of is a pedophile or sexual predator, the oceans are 99% plastic and China owns it all anyway.

The question is not whether 2018 will be worse, it will, but by just how much? It might be a little dark to spend Christmas betting on the worst traits of humanity shining through next year but after the Harvey Weinstein scandal, the Israeli army shooting Ibrahim Abu (a wheelchair bound Palestinian) and the law suit from Panama over the Paradise Papers, it’s the sensible alternative to another bet on sports in the UK at BetVictor. You can even combine the two if you really insist, sport in 2018 is due to be a tad fraught.

Vladimir Putin And His Wifi Awaits All In Moscow

The Winter Olympics, perfect for some Christmas betting opportunities if you really insist, will arrive in South Korea early next year and completely destroy the local economy of PyeongChang and even further erode the global public interest in what are niche dull sports for the upper middle classes whilst the FIFA World Cup will land in Russia and see teams from around the planet compete to see who can hack whose officials, diplomats and visiting heads of state the most. It might even start World War III.

Vladimir Putin and Sergey Lavrov may well have shrugged off any discussion about potential civil unrest, likely police violence, and endemic corruption, but then you can’t expect them to talk about America all the time. The US will, once again, see itself fixated in the early part of next year with the Super Bowl in Minnesota, much of the audience spending Christmas betting on whose costume Justin Timberlake will rip asunder or which team will get machine gunned for kneeling during the anthem.

Do All Your Christmas Betting At BetVictor

If you’re in the UK gambling news headlines won’t regularly feature a whining Lewis Hamilton and the rest of the moaning Formula One soap opera regularly you’ve forgotten it’s got new American owners (the company formerly known as Liberty Media) and they’re planning changes. Expect veiled annoyance he didn’t win BBC Sports Personality Of The Year and the subtle implication it was racist, despite Mo Farah having won it instead, but only if his Mercedes fails to beat Ferrari early on in 2018.

Of course no Christmas betting spree would be complete without a wager on the weather and whilst a White Christmas looks unlikely for some you could definitely bet on climate change in 2018 producing the odd event like Hurricane Harvey or Hurricane Irma, and if you’re into betting on nature you could always see what odds you can find at BetVictor and elsewhere on Earthquakes like Chiapas in Mexico striking some poor city in 2018. I mean, if 2018 is going to be terrible, you may as well make money off it all, right?