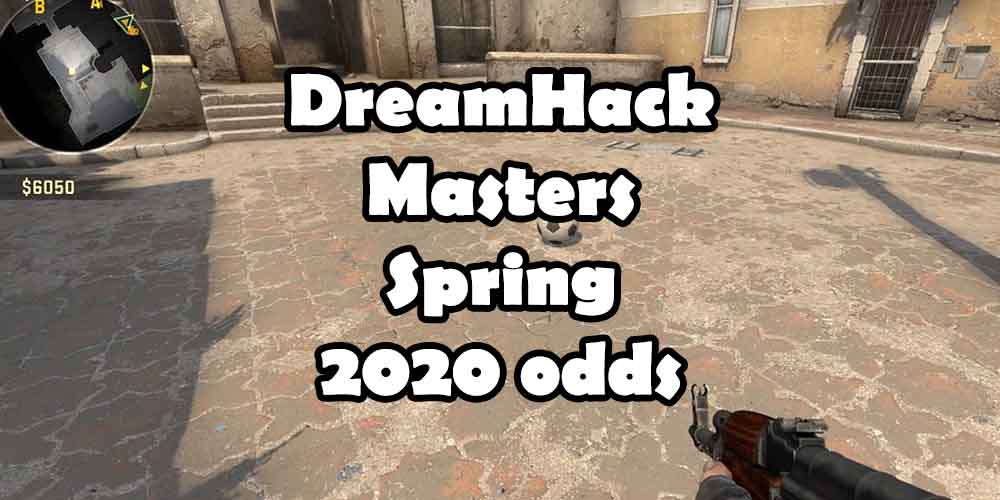 Europe as the biggest region in CSGO world will show the toughest competition as per DreamHack Masters Spring 2020 odds. 16 teams will vie for the prize pool of $160,000, of which 14 received direct invitations. The other two participating teams secured their spots via qualifiers. The tournament will not take place in the LAN event this year, rather all games will be played online. Along with Europe, three tournaments will take place for DreamHack Masters Spring in North America, Asia, and Oceania.

Among the top contenders, Astralis, NaVi, Fnatic, and G2 will aim for the title. Fnatic as the world number one team have a strong chance of winning. However, Astralis still have the pedigree to bounce back. Before choosing your favorite, it will be useful to have a look at the best CSGO gambling sites. It will be also useful to check out the review about Bet365 Sportsbook. Besides, if you like to play CSGO, you can check on how to improve in CS GO and become a real Esports pro. Going back to DreamHack Masters Spring here are the top contenders.

Astralis look at winning back the top spot

The Danish giants have been dominant for so long, yet in 2019 they have slowed down no longer being the invincible team. Last year they have won BLAST Pro Series Global Final, StarLAdder Berlin Major, and IEM Katowice Major. However, they are enduring a tough phase at the moment slipping to 3rd place in the world rankings. To come back on top, they have to start winning. As per DreamHack Masters Spring 2020 odds, Astralis are the favorites with 4.00 at Bet365 Sportsbook.

NaVi ranked the second-best in the world

Natus Vincere are the second-best CSGO team in the world as for now. They have impressively beaten Astralis to win the IEM Katowice 2020 title. However, they failed to keep the momentum by finishing fourth at ESL Pro League Season 11 Europe. Despite that, the Ukrainian team still have Oleksandr ‘s1mple’ Kostyliev on their side. Thus, most online sportsbooks in Denmark suggest it is impossible not to value NaVi for the title with 7.00 odds.

Fnatic finally reclaimed their No. 1 status

After four complete years, Fnatic have reclaimed their status as the best CSGO team in the world. It is just their time to come on top and impress the world. Their most recent trophy was captured at the ESL Pro League Season 11 Europe. The Swedish powerhouse are at their prime. So, it is most certainly safe to choose them as the potential winners with 7.50 odds.

If you are looking for the underdogs who might potentially make an upset, then G2 Esports are a good choice. The Spanish team based in Germany had an impressive performance in multiple-tier 1 tournaments. They have recently reached the final at IEM World Championship only to lose against NaVi. Their odds value 9.00 to win at DreamHack Masters Spring in Europe.

Click here to visit the bet365 Sportsbook to see all the odds on CS: GO