World Championship predictions suggest Mercedes driver Hamilton has the highest odds of winning, an estimated 1.67. Yet, as we know, unexpected events can occur during the race. Without doubts, Finnish racer Kimi Räikkönen will try to do his best in order to be a champion. Vettel, on the other hand, will be surely fighting for the trophy with maximal efforts. 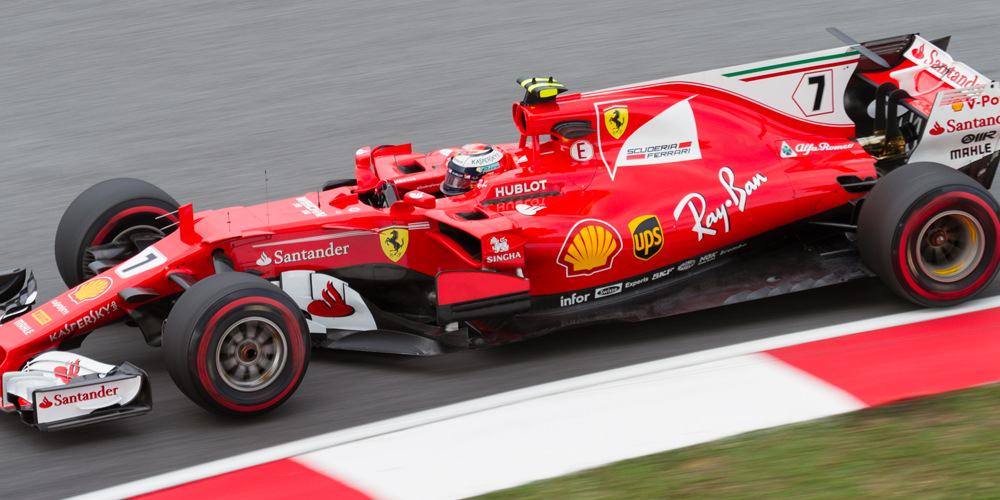 The 2019 season seems to be full of thrilling events in the world of Formula 1. Together with Vettel, Charles Leclerc is going to represent Ferrari. On the other hand, Räikkönen will show up in the white colors of Sauber. The 2019 Chinese Grand Prix is a clear milestone, being the 1000th World Championship race in the history.

1. Lewis Hamilton on the top

Lewis Hamilton is the current reigning world champion, who has won four out of the last five drivers’ championships. More than that, he has won 51 of the 100 races since the beginning of the year 2014. Hamilton is the second best driver ever, right after Michael Schumacher.

Racing for McLaren, he won his first championship in 2008. It took him six years to win the title again, that time for Mercedes. In the following three years, he won two times and currently drives Mercedes AMG Petronas.

He is one of the top favorites, so those who are betting on him certainly have high chances for winning. Of course, drivers such as Vettel, Verstappen or Räikkönen can cause surprises during the awaited challenge.

2. Kimi Räikkönen has a tendency to prove people wrong

Kimi is known as the most enigmatic driver, frequently mentioned as ‘Iceman’. The Finnish superstar is the winner of 21 Grand Prix as well as the 2007 Championship. Kimi is deservedly celebrated as one of the most compelling and intriguing drivers. Having the pace, motivation, and ambition needed to succeed, he is one of the best F1 drivers.

After two thousand and forty-four days, he managed to prove his worth. At the end of the 2018’s season, he was standing again on the top of the podium to the surprise of online sportsbook news in Germany. Giving his abilities, many expected him to win more world titles.

Kimi was even able to break Michael Schumacher’s record for the longest gap between a first and last career win. That is 15 years and 212 days since his first victory in the 2003 Malaysian Grand Prix for McLaren.

The Iceman was recently announced to leave Ferrari after five consecutive seasons, and eight years in total. He was offered a two-year deal with Sauber. After all, he is the oldest on the grid, which means, he as probably more experience than any other active drivers. The odds for his win are estimated 301.

3. Sebastian Vettel is determined to take over

The avowed German driver is a four-time champion, with 52 of totals wins. This easily makes him a key rival of Hamilton. His odds for winning are 4.32 for the following season, as provided by 1XBet Sportsbook. In this new season, Vettel will be definitely under pressure, considering that Charles Leclerc is joining Ferrari.

As it has been noted, Vettel has not won a title since his move to Ferrari in 2015, still his contract is extended through 2020. The 31-year-old driver marked his first victory at the age of 21 is known to be focused, qualifying and experienced enough to be a potential winner of the next race.

Followers this year are going to witness the return of Robert Kubica. Eexactly 3,045 days after his last Grand Prix with Renault in 2010, the legend is back. The Polish driver is determined to prove his worth after such a long break. Starting the next season with high hopes, he is returning to the grid with Williams.

Convinced about being ready for the comeback, Kubica stopped driving due to a rally crash in 2011. Suffering life-threatening injuries, his career has been disrupted. Certainly, the driver is going to inject new life into his team.

Kubica’s triumph on the 2008 Canadian GP was BMW Sauber’s only victory. With odds for winning calculated to be 251 by 1XBet Sportsbook, he is certainly not having the best chances for getting the top position. However, fans who have been following his career, definitely want to see him gaining a prestigious result.

Racing for the 1000th time, more thrilling than ever

FIA officially awards drivers at the very end of each season. However, the person of the driver is already known when there is no mathematical possibility for an overtake. Regardless of the outcomes of the remaining races. Drivers World Championship Predictions are certainly promising a tight race. Fans should get ready for an extremely competitive race coming in spring 2019.