UFC Fight Night with Dustin Jacoby vs Darren Stewart Betting Preview: The Hanyak or The Dentist? 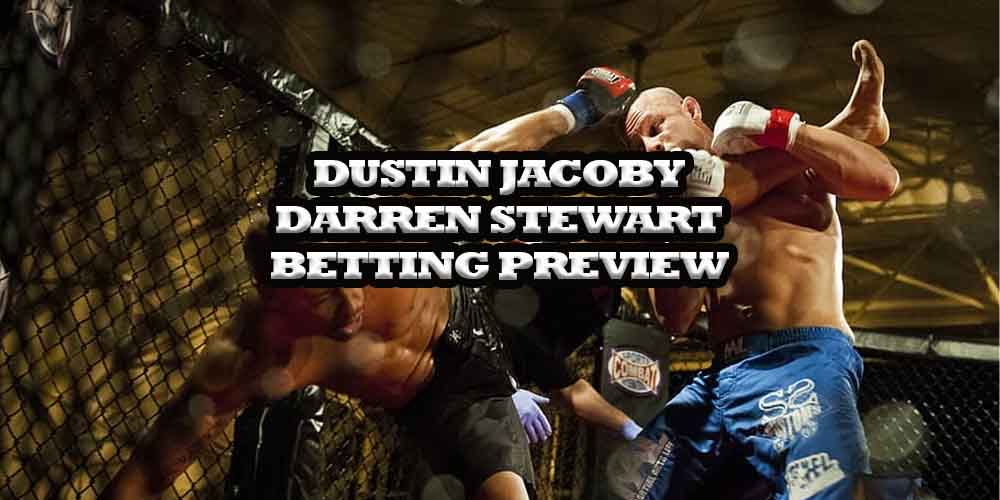 Are you among the people who like combat sports and prefer to bet on martial arts fights? If yes, you are going to enjoy upcoming combat sports events scheduled by UFC on 29 August. Don’t lose the betting chance on Dustin Jacoby vs Darren Stewart betting preview and earning money.

Let’s look at the fight between Dustin Jacoby and Darren Stewart on 29 August 2021 at the UFC Apex, Las Vegas. As a curious bettor, let’s start by getting more info about MMA, UFC as a promotion, and fighters’ performance in this area.

Did you know why most combat sports lovers choose mixed martial art fights? Actually, related to its concept the martial art is used for different reasons such as defense, somatic, spiritual, and inner development, and even conservation of a nation’s immaterial cultural heritage. Because it covers original elements of various nation’s fights which is great to watch during the fight. Of course, all these are superb features. However, today we are going to concentrate on the contest and amusement sides of martial arts in terms of the UFC.

As we know UFC is one of the most famous and largest promotions. UFC arranges fights between contestants of different fighting disciplines such as Kickboxing, Boxing, Brazilian Jiu-Jitsu, Sambo, Taekwondo, Wrestling, Muay Thai, Karate, and Judo. Fighters are free to unite the different techniques of these disciplines. Actually, in the early years, the main goal was just to determine the most effective martial art in a contest with minimal rules and no weight classes between competitors.

Are you also a fan of UFC fights? O, just visit 1xBET Sportsbook and be familiar with all upcoming fights.. You can choose one of these fights and earn money by successful guessing. Of course, if you want to read more UFC fights and betting on combat sports this article could help get more useful information. As we know, more info means more success. What about Dustin Jacoby vs Darren Stewart betting preview? Have you already chosen your fighter?

So, the MMA fighters will fight UFC Fight Night: 29.08.2021, an upcoming mixed martial arts event organized by UFC. Are you familiar with fighters’ performance and ready for Dustin Jacoby vs Darren Stewart Betting Preview? If yes, you just need to click visit 1xBET Sportsbook and do your betting. However, if your answer is no, don’t worry, we will explore each of the martial arts fighters’ performances together for comparison. Right comparison helps to discover the real conditions which lead to successful betting. Thus, let’s start with American Mixed Martial Artist and kickboxer, Dustin Jacoby. Currently, he fights in the Ultimate Fighting Championship which before this he competed in another famous promotion, Bellator.

According to Combat Press, Dustin Jacoby was ranked as the #8 middleweight kickboxers in the world by Combat Press in2018. What about his fights? Generally, the fighter participated in 20 matches which 14 of them finished with his victory. According to fighting records, this year Dustin Jacoby won both two bouts which he fought. What do you think about his next fight with Darren Stewart?

Ok, let’s look at his opponent’s performance. Who is Darren Stewart with the “Dentist” nickname? He is an English mixed martial artist who also competes for the UFC. According to his records, since 2013 Darren Stewart fought 21 matches. How did these bouts end? So, 12 wins, 7 losses, and 2 without comment. This year he has already participated in two fights in which he won one of them. Let’s see how the upcoming match on 29 August will end? So, who is your favorite fighter in Dustin Jacoby vs Darren Stewart betting preview? Are you ready to visit an online sportsbook in the US and get benefits?