Early Bet on the 2022 Winter Olympics: Germany to Lead the Gold Medal Race 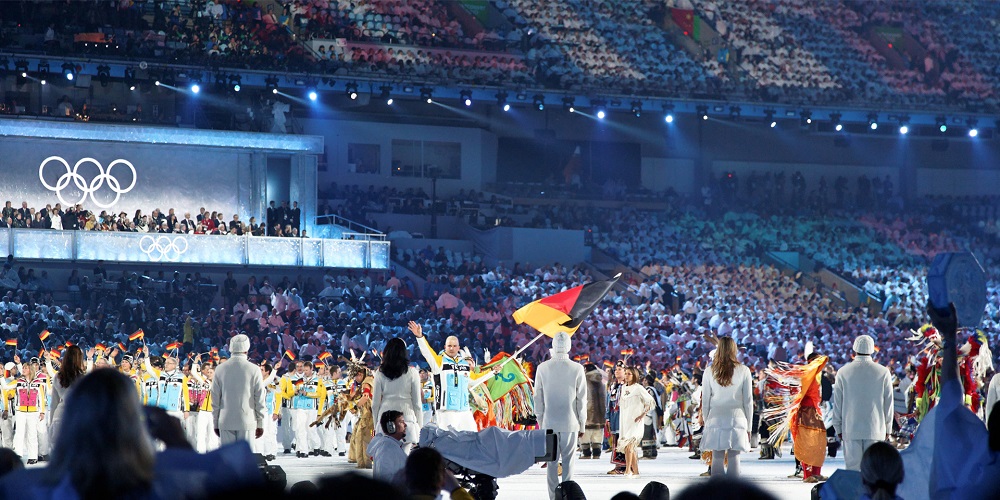 The last edition of the Winter Games was only last year, but betting sites are already thinking about the future. This way, you can place an early bet on the 2022 Winter Olympics. And according to our predictions, Germany will win the most gold medals.

The Winter Olympics don’t have the Summer Games’ popularity, as not every country has a big connection to winter sports. Nonetheless, it is one of the biggest sports events in some communities. Especially in Norway, which has a big tradition in these sports and is the most successful team ever to compete. In total, they won 368 medals since the beginning and, last year, set a new record, winning 39 medals. So it seems natural that they are the bookies’ favorites for the 2022 edition. However, our betting preview shows that Germany is not far from undermining Norway’s invincibility. As online sportsbook news sites in Germany report, the country had some of the best results in history last year.

Germany is ready to overcome Norway in Beijing

Germany had an impressive campaign in Pyeongchang last year. Along with Norway, the team won 14 gold medals in total, finishing the Games with 31 medals.

The big surprise was actually the silver medal of the ice hockey team. After beating Canada, Germany reached the final for the first time in the Winter Olympics. It is true that they might have benefited from the absence of the NHL players, but they proved that they were at the level of the best and next time, their goal will be to win.

When compared to Norway, Germany usually has better performances in sports like snowboarding. The team was able to win silver and bronze medals. With the young Theresia Ramona Hofmeister and the experienced Selina Jörg – who became the World Champion this year in Utah – those can turn into gold in 2022. On the men’s side, there is also Stefan Baumeister, who is progressing well in his career. He just got two bronze medals in Utah as well.

Germany also set a new record with first-time figure skaters Aliona Savchenko and Bruno Massot scoring 159.31 in pair skating. Therefore, the country might make history in Beijinho and its odds of winning more gold medals than any other team are 3.50 at Unibet Sportsbook.

The USA is expanding to new sports

Until last year, the USA had the record of most medals won in the Winter Olympics, with 37 total. They usually take more than 200 athletes and last year, they saw some new achievements.

Despite these last Winter Olympics, the worst American participation in 20 years, there were some good surprises. They won the gold medal in sports like cross-country skiing, curling and in women’s ice hockey for the first time ever. In addition, Chris Mazdzer became the first non-European to win a medal (silver) in the Men’s Single Lug.

The USA also has a new generation of snowboarders that seems like it will keep up with the country’s success in the sports. Among them is Kyle Mack, who won the silver medal in the Men’s Big Air event last year. That was his first participation at the Olympics. This way, the team is expected to recover in 2022 and can set a new record again. At online sportsbook sites in Germany, their odds are 6.00.

Consider Canada as your early bet on the 2022 Winter Olympics

Canada is another leading team in the Winter Games. Until last year, they held the record of most gold medals (14) in the Olympics. And 2018 was their best year ever, as they broke a record and conquered the country’s most medals: 29.

In fact, they could have won even more. Just like the USA, they didn’t go further in the ice hockey tournament because of the absence of NHL players. This way, they were unable to defend their title, but hopefully, the NHL will reach an agreement with the IOC for the next Games. With their best team again, Canada will definitely be able to win.

Besides, they have some of the best freestyle athletes in the world. Laurie Blouin – a world-champion in slopestyle – won the silver medal, just like Justine Dufour-Lapointe in moguls. Dufour-Lapointe is a former world-champion and, after a third place in Utah this year, she seems to be willing to get back to her normal shape. She has really good chances of repeating her Olympic gold medal from Sochi.

The Winter Games in Beijing might see another great performance by Canada and they might hold the record of most gold medals again. Their odds are 7.00 at Unibet Sportsbook.