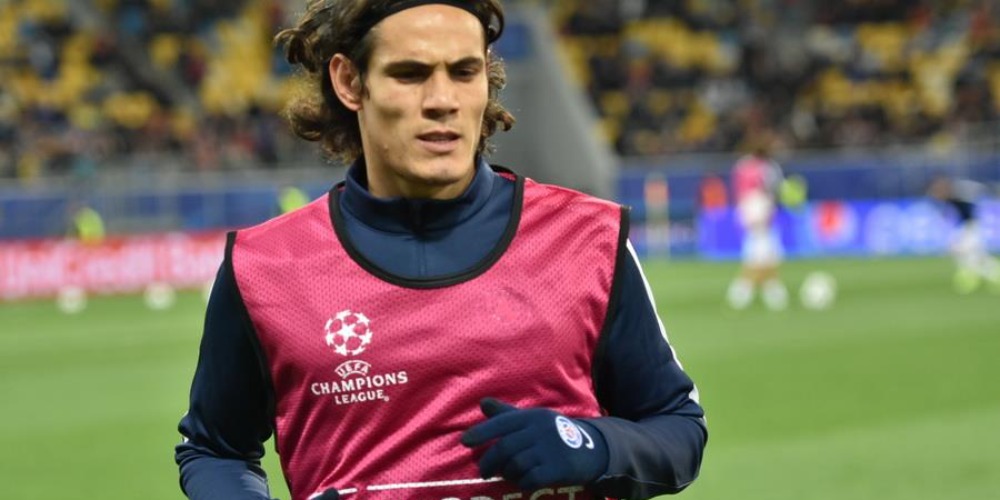 Edinson Cavani transfer odds are circulating media outlets as the Urgyanian striker is clearly not comfortable at Old Trafford. With the current situation, several clubs have expressed interest in making a deal with the 34-year-old. Barcelona tops the list as the club seems to be the perfect home for Cavani. The Blaugrana are in desperate need of a striker as Cavani seeks more playing time. Reports out of Spain indicate that the deal is almost done but nothing is official yet. Therefore, anything can happen before the end of the winter transfer window.

Age is Catching Up with the Urguanian

In his prime, Edinson Cavani was one of the best and most clinical strikers in the world. Before making his move to Paris Saint Germain in 2013, the Urguanian was “on fire” with Napoli. After 138 games with the Italian club, Cavani scored a total of 104 goals and assisted 14 more. With such impressive stats, many top European clubs raced to sign him before the agreement with PSG. Cavani continued to thrive at the Parc des Princes. Unfortunately, due to the deteriorating relationship between him and other individuals at the club, the 34-year-old moved to Manchester United. However, the Uruguayan failed to impress in the Premier League which may be due to his age. As a result, talks about Edinson Cavani transfer odds are now circulating all media outlets. It seems that he will certainly leave the Red Devils shortly, so where will his next destination be?

One of the top candidates for Cavani’s next destination is Barcelona. Reports out of Spain are indicating the Blaugrana are in advanced talks with the striker. The Spanish club is going through a difficult transition phase and is in desperate need of experienced players of the caliber of Cavani. Additionally, with the recent retirement of Aguero due to health issues, the striker position at the Spanish club is vacant.

This would certainly suit the Uruguayan as he seeks to get more playing time. With both sides agreeing on terms, the decision rests on Manchester United if they are willing to let him go. With that in mind, bookies and online sportsbook sites in Spain have Barcelona open as the favorite in their Edinson Cavani transfer odds. For instance, the betting odds for the Blaugrana to successfully recruit him at 22BET Sportsbook are 1.516.

Another interesting option that has surfaced for Cavani is Corinthians Paulista. The Brazilian club is on a mission to increase its market value in the upcoming years. After successfully recruiting Willian from Arsenal at the beginning of the season, the club’s board of directors views Cavani as a great opportunity to raise their value. However, according to the news outlet Globo, Cavani has requested at least a 3-year contract before continuing the talks.

This could hinder further progress with the deal as the Corinthians is not willing to meet this demand. In addition, Cavani is still performing at a decent level, and staying in Europe may suit him better. Regardless of that, 22BET Sportsbook has Corinthians open as the second favorite in their Edinson Cavani transfer odds at 8.90. Do you think 2021 will be Cavani’s last year playing in Europe?

Cavani is on Newcastle United’s Radar

With Saudi Arabia’s Public Investment Fund (PIF) owning more than 80% of Newcastle’s stakes, the club is going to enjoy massive financial support. Similar to the strategy that Manchester City follows, The Magpies plan to become a top-tier team in the coming years.

With that in mind, the club has started its mission of recruiting the best talents in the world. Currently, Edinson Cavani is on the club’s radar due to his work ethic and experience. However, reports out of England indicate that Newcastle is only monitoring the player’s situation at the moment. The club is certainly considering other options which may better suit its strategy for the future. As a result, a done deal is far from happening with the current situation. This is even indicated by Edinson Cavani’s transfer odds which stand at 15.00 at 22BET Sportsbook.

There is no doubt that Cavani is still one of the best talents available in the transfer market. Additionally, his low market value of 3.6 million Euros makes him an attractive option. As a result, Boca Juniors have expressed interest in signing him. However, according to The Sun, the 34-year-old has rejected to open talks with the Argentine club because he already agreed to join Barcelona. Regardless of that, bookies still feel Boca Juniors’ chances of reaching an agreement are decent as the club opens with odds at 15.00. The list of interested clubs does not stop here as the list of potential candidates include many other. The table below features some of the available betting options at 22BET Sportsbook regarding Edinson Cavani transfer odds. Which jersey do you see him wearing by the start of next season?