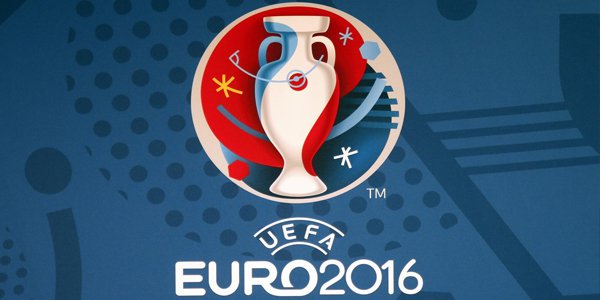 Many countries across Europe prepare to face their opponents in the Matchday 4 qualifiers to enter the finals of the EURO 2016 in France.


Following the eventful summer which saw Germany crowned as World Champions for a fourth time, the next big football championship is the EURO 2016 that will be held in France. Unlike the FIFA World Cup which sees only 13 teams from all over Europe represent their respective nations, the Euros offer countries higher chances of making it to the big sporting stage and therefore showcasing the best national talents of the continent.


Defending champions Spain have won the last two editions of the tournament (2008 and 2012), although after their recent showing at the World Cup where they were eliminated at the group stage, the team looks to be on the way down. Nevertheless, some weaker national sides will still have to muster up the ability to defeat them in the qualifiers. Overall there will be a total of 26 games played on Matchday 4 stretching 3 days (November 14 until 16).

• Spain set for a routine win over Belarus

• Group D will present a match between Scotland and Ireland

Portugal sit in 3rd position in Group I with a total of only 3 points in 2 games, so when they host Armenia in the first set of qualifiers of Matchday 4, they will aim to score some vital points. Mobile betting provider Bet365 believes the hosts should be routine winners considering home ground advantage and boasting the planet’s best player Ronaldo. They have been given odds of 1.20 (1/5) to win the match while a draw stands at 7.50 (13/2).


In the same group Serbia (1 point) will be tested against leaders Denmark (4 points), who have made considerable progress so far. Nevertheless, considering that they’re playing on their home field, Serbia is enjoying favorite status with odds standing at 2.20 (6/5) while a draw seems unlikely at 3.20 (11/5).


Group D is prepared to showcase a much anticipated encounter between Scotland and Ireland, where the former will give it their all to build on their mere 4 points from 3 games. Ireland on is enjoying great success at the moment in second place having made 7 points. They would have been leaders of their group had they had a better goal difference. However, Scotland has been earmarked as the favorite heading into the game 2.30 (13/10), while a draw is 3.25 (9/4).

On Saturday Slovenia will travel to England to try and battle against the group leaders who currently have 9 points form three games. Slovenia sits in second with 6 points which is quite remarkable considering their squad. Although UK gambling laws are set for some changes pretty soon, punters in England remain unfazed and they plan on seeing their side win 1.30 (3/10), while a draw stands at a high 5.00 (4/1).


In Group C, defending EURO champions Spain will play Belarus at home on Saturday. The Spaniards are currently in second, 3 points behind leaders Slovakia that have a total of 9 points. Belarus is a complete outsiders 23.00 (22/10) heading into the match, so this should be an easy win for Spain 1.05 (1/20) to scoop the 3 points and make the challenge for the top.


On Sunday Wales will play Belgium away in a match that promises to be very competitive considering all the talent set to star in that game. Although Wales sit on top of Group B with 7 points, they aren’t viewed as serious contenders for the encounter 12.00 (11/10). Belgium who are in third position with only 4 points are favorites 1.25 (1/4). Considering the standing of the teams, this match may be up for a surprise draw 5.50 (9/2).


To finish off Sunday in style, perhaps the best encounter will take place between Italy and Croatia of Group H. The Azzurri have been in sublime form as they have won all 3 games so far, however the Croats have found the motivation to score abundant goals which has seen them top the group with 9 points and also a 9 goal difference, as opposed to second placed Italy who only have a 4 goal difference.


Online sportsbooks in Italy have earmarked the hosts as favorites 2.10 (11/10), however they may find it hard to score against a team that has so far conceded 0 goals. Croatia has been assigned unfavorable odds of 3.60 (13/5), but considering the sheer talent within their team a draw may be on the cards 3.25 (9/4).