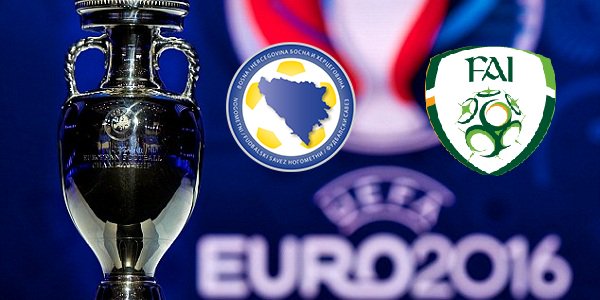 Bosnia Herzegovina will host Ireland on Friday in hope of reaching a promising result in the EURO Playoffs. Check out the best Bosnia vs Ireland odds!

The playoffs for participating in the European Championship are kicking off today on 12 November, and will continue on Friday with the encounter between Bosnia Herzegovina and the Republic of Ireland. Check out the best Bosnia vs Ireland odds offered by the most popular online sportsbooks in the EU, such as Bet365!

Entertaining encounter is expected for the EURO Playoff game

German-beating Shane Long to miss this one

Both teams represent the highest quality of football, and that is why they are given the chance to participate in the EURO Playoffs. They both finished third in their group, Bosnia was beaten by Wales and Belgium, while Ireland took the imaginary bronze medal as Germany took the gold and Poland, the silver. This time, the hosting team will be favourites for the clash due to several reasons. First of all, they play at home which is always a mental boost in an unpredictable situation like a EURO Playoff. Also they have very well-known players who can decide a match like this.

Considering the fact that Ireland received only 7 goals in their 10 matches in Group D could be worthwhile for those who plan on placing their bets on the Total Goals Over/Under market. However, they are also good at attacking since they scored 19 goals, while Bosnia also highlights the importance of the attacking third. In ten games, they conceded 12 goals and scored 17, which sounds completely reasonable with players like Pjanic or Ibisevic.
Online gambling sites in the EU suggest wagering on several goals to be scored since both teams will want to get an advantage for the second round.

He’ll have the biggest pressure on him

Despite the fact that Edin Dzeko has scored 7 goals in 7 EURO matches this season, internet betting sites expect that the Roma striker will not be in the starting line-up this time. That is explained by Vedad Ibisevic being in better form, even though he only scored twice for his national team in 9 matches. Ibisevic will have to take the responsibility for leading his team to success and scoring the goals for his side if they want to qualify for the Euro 2016 in France.

Visit the Bet365 Sportsbook review at GamingZion’s collection of the best online sportsbooks and find out more about one of the world’s most popular online gambling destinations. Discover what made them so famous and acknowledged throughout the years of expertise. You can also find the most important promotions of Bet365; of which you can all take advantage of. Get in and start playing now!