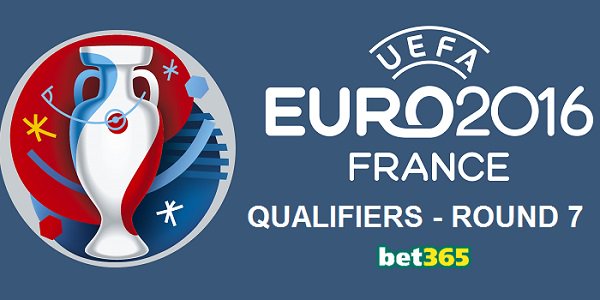 Over the next few days all the European sides will be vying to get as further up the table as possible for the EURO qualifiers, in hopes of reaching France next year.

Once again the time has come for the club sides to take a break and national teams to go out onto the pitch and perform for their countries. Many games will kick-off today for the EURO qualifiers, however the action will continue tomorrow and will conclude on Saturday. EU gambling news report that the clashes taking place today won’t be so exciting, but that shouldn’t stop you real punters.

In Group A, Netherlands will host the leaders Iceland in what should be an interesting match. Then tomorrow, Romania will face Hungary away and the outcome of the game is looking more likely to be a draw than a win for either side. Germany will go toe-to-toe with old rivals Poland at home and considering their form now they are probably going to capture all the 3 points in tomorrow’s match. On Saturday, betting fans can expect a great encounter between the 2010 World Cup winners Spain and Slovakia, as those are the two best teams in Group C.

Iceland has been a real revelation this qualifying campaign. They have somehow managed to muster up the courage to face some fierce competition in their group – which they dominate with 15 points. The recorded 5 wins and suffered only 1 loss in their third game against Czech Republic. Now they will face the Dutch maestros for the second time, after overcoming them 2-0 at home previously.

Since they will be playing at home, Netherlands has been assigned odds of 1.36 (4/11) by Bet365 Sportsbook. Iceland on the other hand have unlikely odds 10.00 (9/1), however a draw may actually be on the cards 5.25 (17/4), considering the great run the visitors are having at the moment. No matter what way the game goes, it will surely be an exciting one.

Hungary will play Romania at home tomorrow and the chances for both teams are almost evened out. Romania are top of Group F, so it makes sense that they possess favourite odds 2.70 (17/10). They have so far won four games, while only conceding two draws, against Northern Ireland and, you guessed it, Hungary.

The Hungarians have clinched three wins, two draws and one loss against Northern Ireland at the beginning of the EURO qualifiers. Now they occupy third spot with 11 points, and their upcoming game will be vital for the future in the group. They will have to win, however the Romanians have been enjoying great form. The odds for the hosts to claim all the 3 points are 3.00 (2/1), with the tie stands at 3.10 (21/10), as per online sportsbooks in the EU.

Germany will play Poland in a thrilling encounter

On Friday we are set to watch a delightful match that will showcase Germany vs Poland. The latter is currently at the top of Group D with a total of 14 points and without a single defeat so far. Joachim Low’s men are second with only one point behind their upcoming opponents. They sealed four victories, but have also tied one game and lost another. The loss came against Poland when they played them away, so now they will be aiming to take advantage of their home support to get over their biggest rivals in the group.

Bet365 favour the Germans 1.30 (3/10), and looking at their recent performance they might very well pull-off a win. However, if the Polish manage to overcome the German midfield engine, they might get a chance to find the back of the net. What aids their cause is that German star Marco Reus will be out of the game through injury, so this will put less stress on the visiting team. But their odds are still that of a heavy underdog 11.00 (10/1), and a a draw stands at 6.00 (5/1).

Spain find themselves in second place of Group C with 15 points. They would have been first, however they suffered a 2:1 loss against Slovakia when they played in September last year, so the first place in the group is claimed by them. The Slovaks are undefeated, which puts them in a very comfortable position with 18 points overall.

It’s unlikely the Slovaks could upset the Spanish again

Mobile betting providers strongly support Spain 1.25 (1/4), due to the fact that they have won all of their matches, but one. The home crowd should also help them achieve their aim of clinching all of the three points. However, we would advise punters to be careful with this game, as it might also end in draw 6.25 (21/4). Both sides have performed impressively over the course of EURO qualifiers up until now, so a tie is quite possible. A win for Slovakia seem far stretched, as the odds indicate 15.00 (14/1).