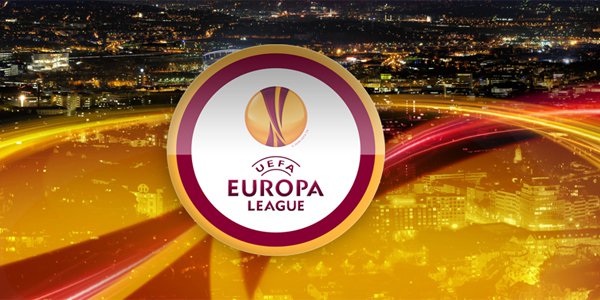 Punters will have a chance scoop some huge rewards with thrilling encounters in the 1/16 finals of the Europa League.

This Thursday night will showcase some great matches between exciting European sides. As always, Europa League offers plenty of football action for all adorning fans to relish in, so they will not be left disappointed with the 1/16 finals. Besiktas will go head to head with Club Brugge away from home, while Wolfsburg will aim to defend its lead against Inter on the road as well.

EU gambling news reports that the current defending champions of the competition, Sevilla, will be tested against Villarreal at home where they should have the ability to once again beat their local rivals. Tornio will host Zenit St. Petersburg in what is looking to an uncertain game as both sides are known to blunder on occasion.

Besiktas vs Club Brugge and Inter vs Wolfsburg

Besiktas were successful in overcoming Liverpool in the 1/32, however now they will have to muster up an effective plan to bounce back from their first leg defeat against Brugge in the 1/16 finals. Currently, Bet365 favors the hosts for the win 1.85 (6/7), and judging by their recent home performances they could clinch a victory. A draw on the other hand stands at 3.60 (13/5), an event that is not very likely as the Turkish side will do everything they can to beat their opponents.

Club Brugge have been assigned outsider chances 4.00 (3/1) sine they haven’t fared well while playing on the road so far. In the first match they managed to record 2 goals which came from de Sutter T. and Refaelov L, while Besiktas only notched only 1 (Tore G.). Although the Turks have a charismatic manager on their side, they will struggle if they don’t impose themselves on their own ground.

Inter lost the first encounter against German side Wolfsburg 3-1, so their chances of making it to the next round are quite limited. Their performances in the Italian Serie A have been lackluster and that has been transferred to the European competitions where they haven’t been able to instill their gaming philosophy. Mobile betting sites decided to give them unfavorable odds 2.75 (7/4), despite the fact that they will be playing at the San Siro.

The Wolves on the other hand are viewed as the much stronger side considering the group of talented players they have within their squad. They are the second best team in the domestic competition Bundesliga and are one of the better sides in the Europa League. Their odds are 2.40 (7/5) to seal a win, while a tie for the match is unlikely 3.50 (5/2), per Bet365.

Sevilla vs Villarreal and Torino vs Zenit St. Petersburg

Sevilla will play against local rivals Villarreal in the second leg of the 1/16 finals of the tournament. Last season the Andalusians were crowned champions after defeating Benfica, and now they will be aiming to replicate that success despite not having the same squad at their disposal. In the first match they won the 3-1 away, so now that they will be at home they should have the capacity to clinch another win.

Villarreal used to be a real force in European competitions when Manuel Pellegrini was at the helm of the club. They reached the semi-finals of the Champions League and also managed to finish runners-up in the 2007-08 season of La Liga. Now they find themselves trying to re-establish their name, however it will prove tough as Bet365 has decided to give them underdog chances 3.40 (12/5) against Sevilla away. The hosts enjoy favorite status with odds of 2.15 (8/7).

Torino turned a few heads in Europe this season as they were able to reach this far in the second most popular football competition. However, in the first leg of the 1/16 finals against Zenit St. Petersburg away they were unlucky as their players Benassi got sent off after a second yellow in the 28th minute. Then 10 minutes after that Witsel scored a goal for the Russian side, while Criscito added another after the break in the 53 minute.

For the second encounter online sportsbooks in EU have given them odds of 2.88 (15/8), while another win for Zenit stands at 2.70 (17/10). The Italians will probably find the match challenging as all Zenit have to do is score 1 goal and then it will set Giampiero Ventura’s men on a difficult mission to score 4 goals to win the round. A draw between them, which is likely, stands at 3.30 (23/10).