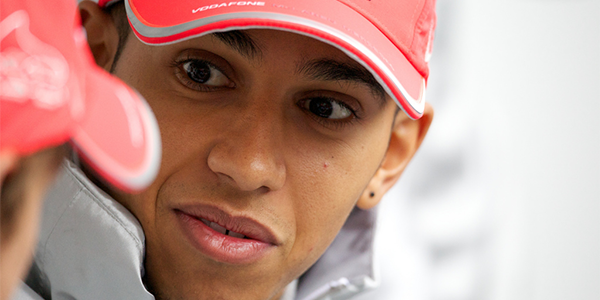 The Spanish Grand Prix was always going to be a bit of an anticlimax after the drama and chaos of Azerbaijan but the Circuit de Barcelona-Catalunya served up plenty of excitement along the way and a surprisingly easy win for Mercedes. Next the circus moves on to Monaco where the dangers of a parade disguised as a race are ever present and those who like to bet on sports in Monaco who will do some F1 betting at sites like Unibet should remember if it rains, it’ll go mental.

Romain Grosjean, a driver who managed to slam himself nose first into a wall whilst driving slowly under a safety car in Baku, provided some early lap entertainment as he lost the back end, found himself on the gravel, tried to keep his foot in it and span around back onto the track making smoke like a battlecruiser trying to avoid torpedo attack in heavy seas. Now there are few F1 betting fans not related to him that would back Romain to win a race on Unibet, but it wasn’t just his race he ended.

Pierre Gasly and Nico Hulkenberg, finding the track full of Grosjean covered in more smoke than a Lady Gaga stage performance had nowhere to go and hit the hapless Swiss-Frenchman, their races over on lap one in a shower of carbon fibre. This will naturally have upset those that might have risked a little doing some F1 betting that Hulkenberg would get a podium on sites like Unibet, but what might have irked them, and the fans, more is the way in which Lewis Hamilton cruised to a very simple win.

It was a spectacularly easy win for Hamilton. After the Grosjean induced safety car he simply put his foot down and let the manifestly superior Mercedes pull away from the rest of the race like John Bolton from sensible diplomacy with North Korea or Donald Trump from the Iran Nuclear deal. This means he’s now 17 points clear of Vettel in the Championship and whilst the F1 betting odds available at Unibet on the Monaco Grand Prix seem to suggest he’ll claw some of that back, just how much can he?

Let’s remember, Monaco is all about qualification. There’s barely room for any overtaking on the track (why the drivers hate it) so where you start is often where you finish, and whilst that can change if it rains, whereupon the track’s numerous tight walls eat cars like Royal Wedding guests at a buffet, the chances are Saturday will be every bit as important as the Sunday. Indeed those watching the F1 betting odds at Unibet will notice quite a shift in the current odds should the qualifications sessions go awry.

Unibet Have All Your F1 Betting Needs Covered

In Spain Fernando Alonso could be heard plaintively pleading for rain and if he gets it in Monaco he’s in with a chance, everyone will be, although Unibet only give him 250/1 on victory. An each way bet on the veteran might be no bad thing then if it rains, but more serious F1 betting fans will be eying the usual range of suspects from Ferrari, Red Bull and Mercedes who have a stranglehold on the sport as if it had just stabbed someone’s mother, but if it rains in Monaco gambling news will be of them winning could be an error.

In the dry Kimi Raikkonen gets 8/1 at Unibet, and Valtteri Bottas gets 7/1 just ahead of him, however it’s the 21/4 on Max Verstappen that might surprise those doing some F1 betting as it puts the Dutch youth just slightly behind teammate Daniel Ricciardo who gets 5/1 despite recent results. But Monaco is special and perhaps that’s why Lewis Hamilton isn’t the favorite, him and his silver arrow only getting 2/1 compared to Sebastian Vettel getting 7/4 because last year Ferrari romped to a one-two, but it didn’t rain last year.