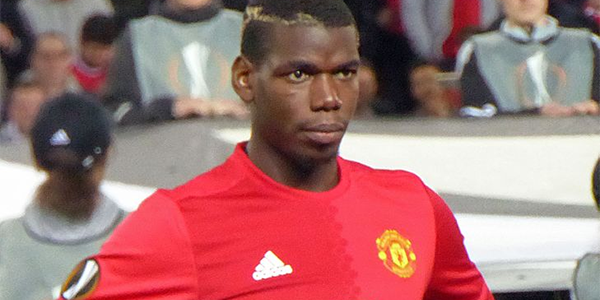 Football’s governing body FIFA is about to probe into alleged racist chants aimed at several French players during their friendly with Russia in Saint Petersburg on Tuesday, according to online sportsbook news.

Following the match, the next morning French Minister for Sports Laura Flessel stressed the need for “unified” action to prevent further cases of racial abuse by putting a stop to it. Based on reports, Manchester United’s midfielder Paul Pogba and Barcelona’s forward Ousmane Dembele received monkey chants from the Russian crowd at the stadium, however France still managed to overcome this by defeating the upcoming World Cup hosts 3-1. Pogba himself scored one goal and provided an assist for one of Kylian Mbappe’s two goals.

Football Against Racism in Europe (FARE) – an organization that is looking to stamp out racism from football – has urged FIFA to take action as quickly as possible, to which the latter issued a response indicating they’re still in the process of gathering all the data before making a concrete decision on the matter at hand.

“FIFA is collecting the different match reports and potential evidence in regards to the discriminatory incident reported in the media, including the one from the FARE observer who was present at the game,” said the statement. “Please understand, until we have evaluated all information available, we cannot comment further.”

AFP – the French news outlet – stated that one of their photographers at the match confirmed that both Pogba and Dembele were targeted with racial abuse – the former received abuse in the 73rd minute while the latter was subjected to racial chants during two occasions while taking corner kicks.

When it comes to the Russian domestic club championship, FARE reported 89 racist and right-wing extremist-linked events during the 2016/17 season alone, per AFP. Most recently, Lokomotiv’s Brazilian-born goalkeeper Guilherme Marinato suffered abuse at the hands of Spartak Moscow supporters – the two sides are well-known rivals in Russia’s capital.

Ironically enough, Marinato is a naturalized Russian citizen – having lived in Russia since his move to Lokomotiv in 2007 – who has even represented the nation on two occasions since 2016. According to online sportsbooks in Russia, it’s unclear though whether he will receive a call-up by manager Stanislav Cherchesov to represent Russia at the upcoming 2018 World Cup, as there are currently four other goalkeepers on the list, including favourite No. 1 and captain of the team Igor Akinfeev.

The head of FARE, Piara Powar, added that this behaviour has to be dealt with immediately by FIFA, since there seems to be enough evidence to support the alleged racist abuse. “There should be enough there for FIFA to initiate proceedings. If photographers heard it pitchside, then there must have been stewards and other officials who also heard it,” said Powar.