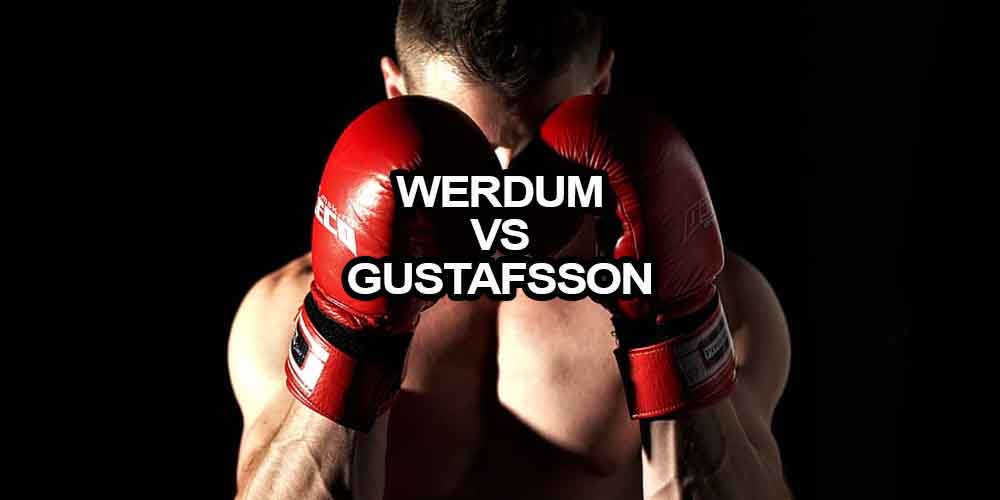 Alexander Gustafsson is out of retirement! The Swedish fighter moves to the heavyweight division to challenge Fabricio Werdum. With a sizable margin, oddsmakers favor him over former titleholder. Check out the Werdum vs Gustafsson betting preview for detailed predictions.

UFC Fight Island will host a series of events this month with very impressive tournament cards. Featuring at the UFC Fight Night 174, the heavyweight bout will take place on July 25. The leading online sportsbook sites in the UAE have the odds for the matchup in place. Let’s break down the fight and weigh in the chances of both sides.

Any odds for three straight losses in Werdum vs Gustafsson betting preview?

Alexander Gustafsson joins the heavyweight division with an 18-6 professional record. Coming off a boxing background, he maintains 11 knockout stoppages. Despite many high-end opponents making up his impressive resume and several title shots, The Mauler’s career went downhill. Suffering back-to-back losses and looking out of sync in the Octagon, he decided to call time on his fighting stint.

However, online sportsbook news in the UAE reported about his return a year later. Gustafsson packs heavy striking, has fast movements, and solid footwork. His excellent mobility helps to avoid power shots from opponents. At this point, reach or heigh advantages are slim and do not affect Werdum vs Gustafsson betting predictions.

The 33-year-old Swede has also shaped up his wrestling and grappling skills. Most opponents underrate his ground game, but he has earned a purple belt in BJJ and scored three submission victories. As things stand now, he preserves an edge in standup game and holding a surprise effect on the ground. Hence the Mauler trades at the odds of 1.28 at SportEmpire Sportsbook as the frontrunner of the bout.

Odds of upsetting the comeback

Fabricio Werdum is also seeking a way to jump into the winning column. Sporting 23-9-1 professional record, the former heavyweight champion was less fortunate in his last two bouts. He also failed in performance consistency, taking a year to return to the Octagon following his defeat to Volkov.

Therefore, a showdown against 265-pound division newbie looks quite enticing to bounce back. Having faced most of the MMA elite, the Brazillian is not the fighter to look past. With 11 submission stoppages, Werdum prides himself in wrestling and grappling. He practices BJJ, Judo, submission wrestling, and averages 39% takedown accuracy.

While it looks intriguing to spoil Gustafsson’s comeback, SportsEmpire Sportsbook tipsters regard Vai Cavalo as the longshot of the matchup. He comes off a Muay Thai background, but the standup game is not his sure bet. Many experts even doubt his ground skills after the May bout. Then there is the age factor which puts the Swede in the driver’s seat.

There is no way to avoid the three-straight-loss scenario, seeing as both of them lost two bouts in a row. The Brazillian will probably be on the receiving end against an extremely high-level striker as the Mauler. Give the latest review about SportEmpire Sportsbook a shot before embarking in Werdum vs Gustafsson betting preview.