Petr Yan Special Bets: New Records of No Mercy in 2020 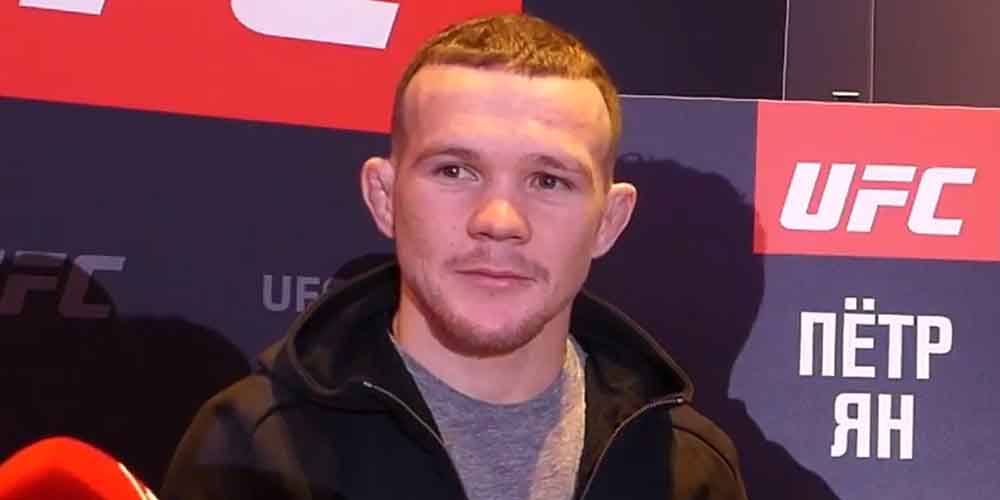 Petr Yan is one of the best Russian fighters so far. Currently, he is #13 in the UFC men’s pound-for-pound rankings but doesn’t seem to stop there. Petr Yan special bets at 1xBET Sportsbook show that he can reach new heights by the end of 2020. Let’s see what odds are the best.

He is called No Mercy for his fierce fighting style and undeniable talent. Petr Yan special bets at online sportsbooks in Russia predicts breaking new records for a 27-years-old Russian MMA star. From UFC fights to the participation in talk shows – what are the most possible events that can happen this year?

Bet on Yan to be Ivan Urgant’s guest

Like most countries, Russia has its own popular talk show called “Evening Urgant”. Its permanent host, Ivan Urgant, meets the country’s biggest celebrities as well as foreign guests weekly. This summer, British singer Dua Lipa was the most talked-about guest at the Russian analog of Jimmy Kimmel. Can Petr Yan break her record?

Odds of 1.87 at 1xBET Sportsbook stay positive about Yan’s participation in “Evening Urgant”. The fighter has high chances to be the guest by the end of 2020. Most likely, the interview will be done via Skype as studios in Moscow are still closed. However, it doesn’t affect odds, so use these Petr Yan special bets and win some cash.

The other popular predictions on Yan to give exclusive interviews include Ksenia Sobchak’s show (2.50 odds) and Yuri Dud’s popular Youtube channel “wDud” – also 2.50 odds. Both journalists are known for quite a provocative interviewing style, so one shouldn’t underestimate Yan’s chances to visit them.

Will there be a UFC fight in Russia?

Another popular 1xBET prediction says that Petr Yan can help to organize one or several UFC fights in Russia in 2020. 1.87 odds show that the MMA star can significantly promote his home country as a perfect venue for the most reputable fight competition in the world. If so, Russians will have a chance to watch Floyd Mayweather fighting against another Russian superstar, Khabib Nurmagomedov. Rumors about the fight between these two have been here for a long time, but seem to turn into reality this year. Do you want to watch this fight?

The last one among the most popular Petr Yan special bets touches upon his own participation in one of the next UFC fights. Yan signed up for UFC two years ago and made his debut against Teruto Ishihara the same year. Therefore, he can be included in the fighting schedule anytime. He is also the current UFC Bantamweight champion, so MMA fans would be glad to see a fight with his participation by the end of 2020. 1.50 odds at 1xBET also speak for this possibility.

To add more points, the MMA artist has good statistics so far: 15 victories out of 16 fights. The only time Petr Yan was defeated by the decision by Magomed Magomedov – a former kickboxer from Russia.