Police chiefs in Philippines warned: crack down on illegal gambling or lose jobs. 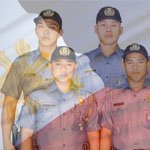 Gambling is a very popular pastime in the Philippines and is offered at a handful of state-run casinos. This is not enough to cater to all the gambling needs given that the archipelago contains over 7,000 islands. Residents in remote villages want to bet, even without state authorization, which makes it illegal under Philippine gambling laws.

Since the local law enforcement officials tolerated underground gambling taking place at remote villages, especially due to clan connections, all sorts of betting, even vicious pitbull and rooster fighting, have been taking place for ages. Same with village boxing or motor boat racing.

Now, however, the anti-gambling advocates have led to a ruling which requires the police to immediately bust any signs of betting and without warning. The Anti-Illegal Gambling Special Operations Task Force was just established to assist in enforcement and prosecution.

This is some tough deal. This may actually make the police focus more on illicit gambling than fighting organized crime specializing in extortion, prostitution, kidnapping for ransom, drug dealing, murders, thefts, and robberies. After all, it is easier to bust a player at mobile casinos in Philippines than to go after a crime lord.

This may even move many forms of gambling for money even more into underground where fearless mafia-run outfits will profit, while innocent gamblers, not mobsters, will end up in prison. The recent news, indeed, indicate a proliferation of gambling outfits in control of organized crime networks.