Five Former Governors Weigh in on the Future of New Jersey, Casino Industry 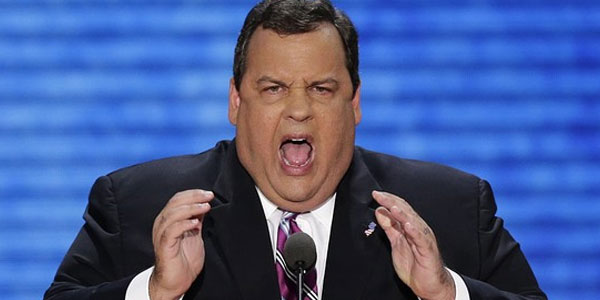 New Jersey is one of America’s most talked about states. Whether its not-so-good news like the much-publicized decline of Atlantic City and the state’s infamously high rates of crime and pollution, or positives like Governor Chris Christie’s potential bid for the presidency, the press can’t stop going gaga over the Garden State.

This week reporters got to pick the brains of five former New Jersey Governors, who converged on Atlantic City for the annual League of Municipalities conference.

While Brendan Byrne, Jim Florio, Donald DiFrancesco, John Bennett and Richard Codey are retired from politics (save Codey, who is currently a Senator), their opinions still carry a lot of weight with voters and current politicians.

At this year’s convention, the five formers politicos weighed in heavily on the performance and future fortunes of current Governor Chris Christie as well as the future of gambling in the state.

The elephant in the room: Atlantic City

It didn’t take long for questions to be directed toward the accelerating decline of Atlantic City. Four casinos have shuttered their doors this year, and there seems little prospect for a revival. The city is now attempting to make itself over as a family-friendly destination, much as it was prior to the Prohibition Era.

Florio, who headed the state from 1990 to 1994, expressed doubt as to whether rebranding will be enough to save Atlantic City’s tourism industry, given that the city is associated with urban blight, crime, and general immorality.

However, the members of the panel agreed that the casino market in Atlantic City, which still has seven casinos and American poker rooms, will survive once it is pared down and able to operate in a “much more lean way.”

Sustained competition from land-based casinos in Pennsylvania, Maryland, New York and Connecticut means that Atlantic City will need to adapt to a smaller market by cutting costs.

Political insiders in the state are convinced that a casino is coming to North Jersey sooner rather than later. The reason is that the location is simply too plush to ignore.

New Yorkers are rarely willing to make the trek to Atlantic City anymore, given the fact that Connecticut has two of America’s largest resort casinos in the Foxwoods and Mohegan Sun. But a casino in the Meadowlands would be close enough to the five boroughs to have serious pull.

Florio quipped that there is “no doubt” about a political consensus in favor of a casino in North Jersey, it’s just a matter of time. Atlantic City’s casino industry may be beyond saving, but there is a ray of sunlight coming in up North.

Chris Christie will receive the Republican nod in 2016

The next Presidential election will be held in 2016. After eight years of a Democratic White House, and given that Democrats haven’t held the presidency for three consecutive terms since the FDR-Truman era, it looks like the Republicans will get their turn.

And the five former Governors expressed the expectation that Christie will get the Republican nomination, setting him up for a serious run at the Presidency. That may sound improbable, given that the moderate Christie looks to have a hard time winning over blood-red Southern and rural Midwestern voters and is only one year removed from the scandal now known as “Bridgegate.”

No matter, says Burn, who served as Governor from 1974 to 1982, overseeing the state’s legalization of casino gambling. Christie seems to have a golden halo hovering over him: “Last year there was a lot of trouble for the governor. He was in Bridgegate…This year he’s gold. It no longer has a shadow over him. He’s looking good.”

No talk of betting or internet gambling

While the panel spoke at length about Atlantic City and the prospects of a casino in North Jersey, there was scant mention of the most recent gambling news
in the state: the legislature’s attempt to use a loophole in federal law to create a legal betting industry.

The bill’s passage was almost immediately challenged in federal court by the NFL, NBA, MLB, NHL and NCAA. Federal Judge of the 5th Circuit Michael Shipp will issue a final ruling on November 20th, although most observers expect him to rule against New Jersey for the second time.

In addition, little discussion was made about New Jersey’s 2013 online casino launch. While revenue has fallen short of the state government’s expectations, most impartial observers agree that it has been a relative success. The state now has several fully licensed and regulated online casinos and poker sites.