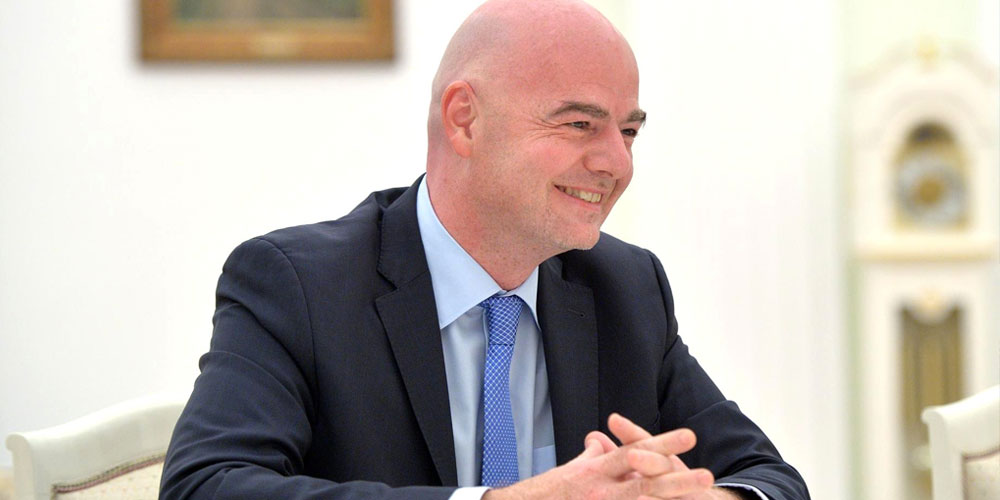 Is there credibility to the Football Leaks documents on Infantino?

Infantino has faced severe scrutiny over the last few weeks after Football Leaks uncovered documents about his involvement in helping clubs during FFP talks, online sportsbook news report. But the head of the Nigerian FA Amaju Pinnick was quick to jump to the Italian’s defence, dismissing the controversial reports as ‘hopelessly weak,’ while adding that Africa backs the FIFA president 100%.

“The leaks are hopelessly weak and it does not affect the fact that Africa stick with Gianni,” commented Pinnick “Nigeria and the whole of Africa are not bothered by whatever the haters have. We stick with Infantino and the current administration at FIFA.”

According to Pinnick, the hackers behind the Football Leaks documents is merely to ‘smear the reputation’ of FIFA officials that are working tirelessly in efforts to bring about a positive change to football’s governing body, compared to the scandal that embroiled them a few years ago under then FIFA president Sepp Blatter.

Infantino has implemented a number of reforms since taking charge of FIFA, but that could now all come under severe scrutiny if the reports published by Football Leaks show credibility.

Rich clubs got off easy with Infantino’s supposed help

The German newspaper reported that Infantino reportedly sent an email to the Man City chairman, urging him to remain positive in regards to their problems with the FFP regulations. “You will see that I’ve sometimes chosen a wording which ‘looks’ more ‘strong,’” Infantino informed al-Mubarak, before continuing with, “Please read the document with this spirit. Of course the message was just between us. Strictly confidential. Finally, I would also like to thank you for your trust. You know you can trust me.” Infantino finished the message with an assuring remark at the end, “Let’s be positive!”

In response to the latest reports by Football Leaks, FIFA quickly released their own official statement, per providers of internet betting in Germany. The statement strongly focused on repeatedly mentioning how football’s governing body has implemented many positive changes that have seen them become a better organization, after going through an intense scandal in 2015 that rocked the football world.

“Since the new leadership of FIFA took office there have been changes,” says the official FIFA statement. “There had to be and we are very proud of them. As is widely known, FIFA was in a desperate situation in 2015, as it sought to recover from decades of neglect and mismanagement.”

It does seem that FIFA really has been working on their transparency over the last few years in efforts to become a more ethical organization, however a number of previous documents that came out from football leaks have turned out to be true. So it would be concerning to see football’s governing body return to their old ways, if this incident turns out to be the same.