Formula One Betting Bonanza In Budapest This Weekend

News >Formula One Betting Bonanza In Budapest This Weekend 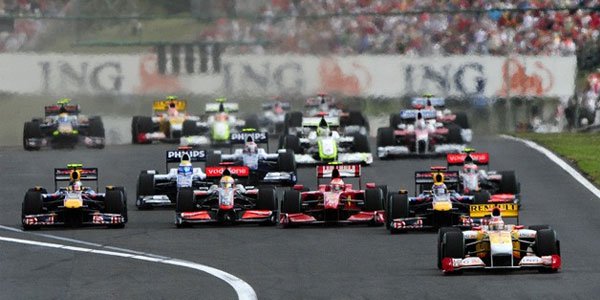 If you’ve been watching Formula One betting that once Nico Rosberg had left the building things might get a little mature in the paddock you probably couldn’t have got it more wrong with the Hamilton Vettel axis of antagonism building up to handbags at dawn, but as the posh boys go-kart club that is F1 paddles up to the Hungaroring banks of the Danube this weekend should you be betting on Vettel’s form or Hamilton’s record?

The eleventh round of the 2017 F1 World Championship in Hungary marks the last race before the drivers get a month off to visit their tax haven homes and recharge their batteries before the run towards the season’s climax in Abu Dhabi come November, however the teams in Formula One betting some improvements can be made, will make good use of the time for testing and recalibration the only thing that stands between them all and this breathing room is that pesky Hungarian Grand Prix.

A fast circuit when it doesn’t rain Lewis Hamilton frequently wins here, five times in total, and he’ll be trying to replicate last year’s victory hoping to go into the summer recess with a cushion over rival Sebastian Vettel who won here in 2015 for Ferrari and is currently the championship leader just a single point ahead of the Mercedes driver. All in Formula One betting these two will be giving it their all on Sunday are going to be placing a bet on sports in Hungary this weekend, but which driver will they pick?

One Point Separates Hamilton & Vettel Going Into Round 11

Hamilton might be the obvious choice for winner in Hungary, if you do any Formula One betting on a regular basis you’ll know misfortune has played a large part in his not being streets ahead of Vettel already and as Mercedes get their act together Ferrari’s lack of pace will start to tell. That said in 2014 the winner was Daniel Ricciardo, the man who threaded his way to victory in the Azerbaijan Grand Prix just a few weeks back although he only managed fifth place in the British GP two weeks ago.

Lewis Hamilton and Sebastian Vettel are the favorties heading into Hungary with odds of 5/6 and 10/3, respectively (photo: skysports.com)

The Red Bulls might not have the pace for this circuit but they certainly have the chops behind the wheel in Ricciardo and if the other side of the garage could get the car of Max Verstappen to actually continue to work for an entire race who’s to say he won’t improve on his fourth place at Silverstone. Of course if you’re going to take advantage of Hungarian gambling laws to do some Formula One betting at Bet365 I’d be wary of placing the farm on the young Dutchman who’s retired five times this season.

Bet365 Has All The Formula One Betting Odds

Kimi Raikkonen, unsung team mate to the flying high Vettel, has won in Hungary twice and if he can just keep from bumping into Valtteri Bottas (the two Finns seem to enjoy crashing into each other) there’s just a chance that he’ll grab a third victory. Then again the Hungarian GP has produced five first time winners over the years so who knows who might grab a podium finish, certainly everyone in Formula One betting it’ll be a Vettel/Hamilton duopoly on proceedings is keeping very quiet.

The odds at Bet365 say it all really. Lewis Hamilton gets 5/6 with Vettel close on 10/3 with Bottas, out of sheer horsepower, getting 9/2 although I doubt any Hungarian gambling news headlines will blare of his victory on Monday is in the majority will most Formula One betting fans probably looking at the eachway bets available on the Red Bull drivers, both of whom get 12/1 and the same sort of rather speculative wager on Raikkonen surprising everyone at 14/1 to win, the same odds as on a Perez podium.