Fun Facts About Baccarat You Will Find Interesting 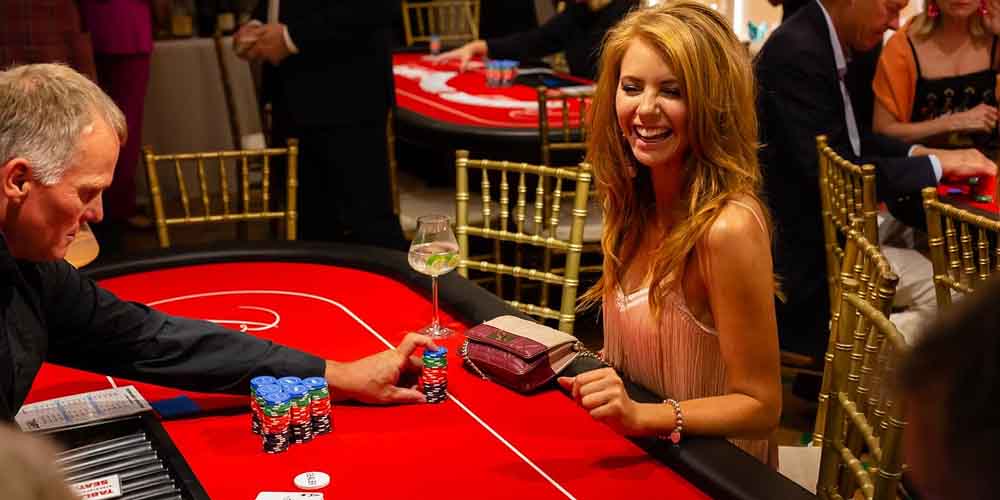 From the fifteenth century till today, we provide you with fun facts about Baccarat that you might find interesting! The game has been around and evolving for more than 600 years. Therefore, there are a lot of interesting things to know about the game! Let us waste no time and dive right into it.

It Originated in Italy Not France

Although many people believe that Baccarat was created in France, it is not true. The game was first developed in Italy. Felix Falquiere is the man responsible for creating the game. However, the shape and rules of the game are different from what is known as Baccarat today. Instead of the standard cards used today, the tarot cards were used to play the game. As the game started getting more popular, it spread to France in the 1400s. However, several changes and variations were made to the game. For instance, people stopped using the tarot cards to play the game. Also, a few variations from the original game emerged, such as Baccarat Banque, Chemin de Fer, and Punto Banco. To this day, these variations are still popular between gamblers around the world.

Fun Facts About Baccarat: Its Original Name is Punto Banco

An interesting fact about Baccarat is that the game’s name was changing over time. So, how did the American mini baccara develop to the game we know today? During the 1400s in France, the original version of the game was Baccarat Banque which means baccarat bank. The name originated from the fact that a chosen player is responsible for banking the game. In the 1700s, baccarat was peaking in terms of popularity in France. Therefore, gamblers started to get more creative and developed new variations for the game. One of the popular variations in the 1800s was chemin de fer. In this game, instead of having one person banking the game, players took turns for this role which spreads the risk between all players evenly. This variation of the game started spreading rapidly around the World until it reached Cuban casinos.

Cuban Casinos developed the variation punto banco to order to include low-stakes players. The rules of punto banco are the same as what we know today as Mini Baccarat. The players do not take turns banking the game, but one person (dealer) is responsible for this role. American casinos adopted this variation of the game and it is still played in casinos all around the US.

Click here to play Baccarat online at the 22BET Casino

Out of all the gambling games in casinos, slot machines are on the top as a source of income for casinos. With a house edge up to 8%, a simple mechanism, and the fast pace of the game, slot machines are the fastest way for a gambler to lose their money. For instance, the NEVADA casino net wins from slot machines were close to 3.3 billion dollars which is higher than any other game. However, Baccarat was in second place with a net win of over 1.2 billion dollars. An interesting fact about Baccarat is that it always comes in second place in terms of generating money for casinos. Therefore, expect the game to remain just as popular in the coming years.

You Are Pronouncing it Wrong

As mentioned, it is wildly believed that Baccarat originated from France. Therefore, Europeans had their unique way of pronouncing it. However, an interesting fact about baccarat is that we are pronouncing it incorrectly. When the game started getting more popular in America, gamblers made a slight deviation from its original pronunciation. Currently, many Americans pronounce baccarat with the following syllables (Back) – (Uh) – (Rat). However, this is slightly wrong as the word should be pronounced with the following syllables (Bah) – (Kuh) – (Rah). Although this is the correct way of pronouncing the word, you will get frowned upon if you pronounce it like that in front of people. Next time you are in a casino, try pronouncing that way and see how other players would react to your pronunciation.

Fun Facts About Baccarat: The Game’s Origins Have A Dark History Attached to It

Although there is a dispute on the facts about baccarat origins whether the game originated in France or Italy, it is wildly believed that the game originated in Italy. The story says that Felix Falguiere had an idea to convert an ancient Etruscan myth regarding virgins. According to the myth, virgins were forced to throw a dice with nine sides. If the result of the roll was 8 or 9, the virgin would become a priestess, while if the roll was 6 or 7, they were exiled from church. Finally, if the roll was anything below 6 then the were executed. This inspired Falguiere to invent what we call today Baccarat.

Regardless if this true or not, Baccarat is currently one of the most popular gambling games. You can play the game on online gambling sites in the US from your house. All you need is a phone or a computer and internet access.

Visit the 22BET Casino and try your luck to win some extra cash.