Generally An Election To Gamble On

News >Generally An Election To Gamble On 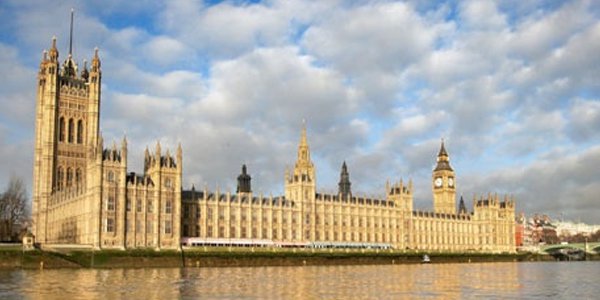 With another by-election signposting the way towards the general election in the UK next year we take a look at the parties and their chances.

British politics does not quite have the same tendency towards razzamatazz as its US counterpart, and despite the general election being barely more than half a year away political leaders in the UK are only just now starting to gear themselves up towards that fateful moment at the ballot box. This is in stark contrast to the US where they’re already gibbering incoherently about a 2016 presidential race still some two years hence.

Fortunately to get everyone in the mood the UK faces a by-election (an election in a single constituency outside the typical election cycle) this month in Rochester And Strood where yet another member of the governing Conservative Party resigned to join relative new-comers to the political mainstream; UKIP. This swapping of party allegiance triggered the by-election and consternation amongst the Conservative leadership.

Just weeks ago Douglas Carswell became UKIP’s first MP having likewise resigned from the Conservative party and then had to defend the seat he’d been representing for some eight years under his new UKIP banner. Of course Mr Mark Reckless will be hoping to emulate his friend Douglas in Rochester and Strood on November 20th , and thus far the bookies pretty much back him to do so. He’s at 1/14, with the Conservatives trailing on 10/1 and the major opposition party, Labour, way outside in this race for a safe right-wing seat at 80/1 on online gambling sites in the UK.

By-election results, perhaps akin to mid-terms, tend to give the government of the day a bit of a kicking by and large, but the rise of UKIP has also squarely slapped the opposition Labour party about in some of their safest seats (the Labour party almost lost in Heywood and Middleton just weeks ago) and pushed the Liberal Democrats, perhaps deservedly, into the disaster that is fourth place in any electoral race. So what are the prospects for the next general election? Are we likely to see a UKIP prime minister next year on the back of these successes?

The Next General Election In The UK

With UK politics about as welcoming of fourth parties as the US is to a third, just what has given UKIP, an extremist nationalist party, this opportunity? How can they now be gambling news of a couple of by-election victories will sway enough of the public to give them a real voice in parliament after the general election? It seems almost ridiculous. However a quick look at the state of the three major political parties in the UK shows that perhaps it’s not so silly after all.

The governing Conservative party have had all their failures hung about their neck, with UKIP gleefully attempting to keep the debate on immigration levels front and center where numerous government policies have all failed to satisfy a public perception, stoked by the right-wing tabloid press, that Britain is being invaded by illegal immigrants. It isn’t, but people who vote for UKIP tend not to let little things like facts get in the way.

The defections to UKIP from within the Conservatives have highlighted a real divide amongst the membership between those who see a move to the center as being more electorally sensible and those whose rabid right-wing idiocy blinds them to all common sense. Add to this the unpopularity of their economic policies, their hugely silly attitude to Europe and Michael Gove (an education secretary so unpopular he was lucky not to have been burnt at the stake) and the Conservatives have an uphill fight on their hands.

Or at least they would do if they were facing an opposition that wasn’t being led by a slightly scruffy intellectual that reminds everyone of a clay-mation cartoon character, has the oratory skills of a slightly bemused substitute teacher, and somewhat famously failed to be able to eat a bacon sandwich on his first try. As leaders go Ed Milliband has not proven the best of choices, and more than a few Labour members look back regretfully on the time they passed up on the chance to have his brother David as leader. In fact the only consolation for Labour when it comes to leadership is that they don’t have to put up with Nick Clegg.

Not A Clegg To Stand On

The Liberal Democrats, ever the third wheel of British politics, made the fatal error of joining the Conservatives in coalition after the last General Election. This was seen by their own supporters as either a betrayal or merely just tactically inept, and it was seen by everyone else as political opportunism of the highest magnitude. A perception that is unlikely to escape attention during this election, because every other party will mention it along with their about face on tuition fees.

They were supposed to be a partner in the government, but instead have been treated as a barely tolerated necessary annoyance by the Conservatives. This leaves their leader Nick Clegg perpetually looking like a man who is yet to tell his wife that he’s lost his wedding ring… at his girl friend’s house. So with one of the two opposition parties now a political joke, and the other larger one being run by someone who is one, perhaps the Conservatives don’t have quite such a hill to climb to retain power.

Internet betting in the UK on the matter shows that its still pretty close with sites like Bet365 and BetVictor offering very tight odds on the two big parties and some attractive, but rather distant opportunities to back the other two possibilities. Labour sits on about 5/6 to win the next general election with the Conservatives clinging on to 6/5, and beyond that you can get 25/1 on UKIP (who as yet only have one MP remember) and the Liberal Democrats barely limp towards getting 500/1 despite actually being in government.

That collapse of support for the Liberal Democrats could swing the election Labour’s way as the more moderate voters slide over rather than back Clegg again, and the right-wing splits itself between UKIP and the Conservatives. The by-election in Rochester And Strood will probably go UKIP’s way leading to even more consternation amongst the right-wing ranks which may push the Conservative agenda itself to the right, and make them less attractive to the middle ground. In British politics losing the middle ground loses you elections.