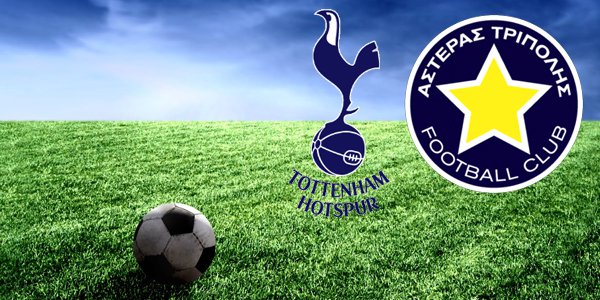 Tottenham head over to Greece to meet Asteras again after beating them 5-1 at White Hart Lane two weeks ago.

Tonight’s Europa League fixtures follow the two hot days of Champions League and deliver those who bet under British gambling laws a long list of wagering opportunities. One of UK bettors’ top interests is the Asteras v Tottenham clash.

The Spurs will be playing on foreign turf having beaten the Greeks 5-1 at home and grabbing the top spot in their group in the process. They are equal to Besiktas in all respects and will certainly be looking to gather another three points and maintain the leadership.

Tottenham have already disappointed their fans and those who bet on sports in the UK with their slow start to Europa League campaign. They opened up with a goalless draw against Partizan, and went on to draw Besiktas 1-1 at White Hart Lane.

Trivia about the teams

• Harry Kane become the man of last match, scoring 3 and even conceding 1 as a goalie

The Spurs were last defeated by Newcastle at the end of October, since then they produced two wins: over Brighton in the Capital One Cup, and over Aston Villa during the last Premier League weekend. Online sportsbooks in the United Kingdom widely favor Tottenham to walk away with three points from tonight’s match.

Asteras have also remained unbeaten ever since the 1-5 debacle versus the Spurs. The Greeks have since won twice and drew with Olympiacos playing away. Interestingly enough, Staikos Vergetis’ team is only 1 point behind both Besiktas and Tottenham in the table, meaning that a win tonight will put them straight into a qualifying spot.

Mauricio Pochettino’s men may have won over Aston Villa last weekend, but they are still yet to reveal their true form, that’s why betting on an outright result may not be a very safe wager, punters should instead look towards other markets.

Tottenham may be lacking in power, but their front men, Harry Kane, surely isn’t. He’s already taken full advantage of the situation in order to cement his place in the starting eleven, impressing the coach over his more established colleagues.

The forward became a true star when the teams last met at White Hart Lane, finding the back of the net on three occasions. He then went on to replace Hugo Lloris in the goal following his red card, but managed to concede a tricky free kick to give Asteras the consolation goal.

Kane had indeed made a huge impact for the Spurs last weekend, coming on as a substitute and scoring the winning goal in the last minute. During all five Tottenham matches in Europa League this season, the 21-year-old striker has scored six times, and will of course be happy to add more tonight.

No surprise that after the 5-1 result at White Hart Lane most of the bookies are favoring Tottenham in the upcoming game. Bovada gives the Spurs a very short line of 1.67 despite the foreign turf disadvantage, while the Greek team received much longer odds of 4.75 and the tie will deliver a 3.60 payout.

Harry Kane overtook his fames teammates, and is the favorite to find the back of the net first with 4.50 odds. Emmanuel Adebayor is now second with a line of 5.00, followed closely by Roberto Soldado at 5.50. Erik Lamela’s chances are valued at 7.50, and both Christian Eriksen and Nacer Chadli receive equal odds of 8.00 to score first.

Asteras’ top hope for scoring first is Jeronimo Barrales, valued at 8.50. Facundo Parra follows with a line of 10.00 to find the back of the net first. Interestingly enough, Anastasios Bakasetas, Pablo Mazza, and Martin Rolle all got equal odds of 11.00 from Bovada to put their names on the scoresheet first.

Another interesting market find Tottenham favored to win without conceding with 3.25 odds, while Asteras are valued at 8.00 in this respect. The Spurs are also favored to win from behind with 8.00 odds, which might be the smartest bet punters can make, Asteras got a line of 15.00 for such a victory.