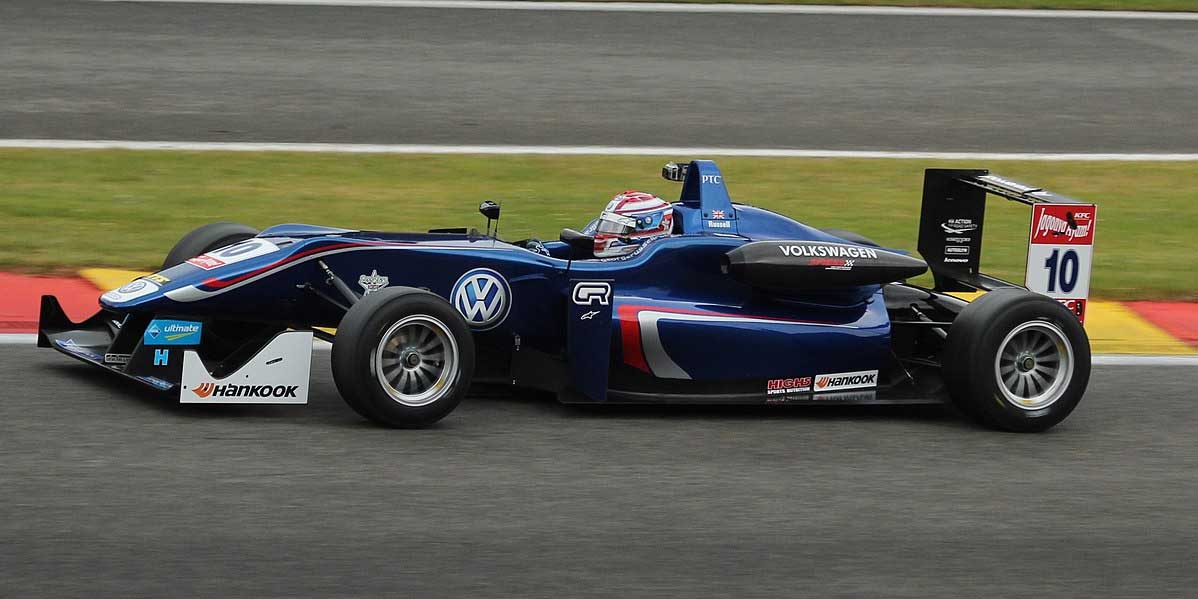 In 2019 season three rookies joined the Formula One grid and proved themselves capable of performing at the highest level. The Mercedes-contracted George Russell started his campaign for uncompetitive Williams and ended up in the last position without points. Not the best way to debut but the bookmakers entertain George Russell odds to win the championship in the future.

The 21-year-old King’s Lynn native is one of the promising drivers of the new Formula 1 generation. Along with his fellow rookies, Russell finished in the top three spots in last year’s F2 championship. Joining the Mercedes program, he has enjoyed the same junior success as Charles Leclerc, Lando Norris, and Alex Albon. That’s where the story has taken a twist since Russell’s maiden season came through without any single point. He is still going to compete for Williams on the watch for a seat in Mercedes. Several online sportsbook sites in the UK already have predictions running over his future in the F1 championship. Does he have a chance of success in the coming years?

What the future in Williams holds?

George Russell will spend the next three years with his current team. It is a crying shame as Williams has one of the less competitive cars on the grid, that debunks Russell’s potential. The FW41 makes it difficult to get an accurate apprehension of the driver’s level due to the complex of the limitations. With Robert Kubica’s poor performance, the team game wasn’t the best either.

Russell has years ahead of him to create a decent career. He came into F1 with the same recent record as Charles Leclerc: both winning back-to-back GP3 and F2 titles. Some online sportsbook news in the UK has even been speculating over his move to Mercedes as early as 2020. Those rumors sparked following the Brit’s post-season test in Abu Dhabi for Mercedes that he aced. The Silver Arrows will stick to their potent duo for another season which means Russell remains in Williams.

He is quite a fast driver and a good team player. The 21-year-old did everything that could have been asked of him, apart from scoring points. He has outpaced his teammate in qualifying, finishing ahead in 16 of the 18 races they both completed. Ironically, it was Kubica who scored the only point for the team.

Still, 1xBet Sportsbook oddsmakers have a market on Russell to become a world champion. He is an exceptional driver with raw speed, talent, and intelligence. The Brit has managed a stunning move on Kubica around the outside of the quick turn 10 right-hander at the French GP. He has a huge potential, but the F1 fans are yet to see that in action. Hopefully, he will improve his stats next season. Nevertheless, Williams won’t be the team to back him for the title race.

How safe are George Russell odds to win the F1?

2018 was arguably Williams’ worst year in F1 but few predicted 2019 to be worse. It has ended the season with one point, having both drivers at the bottom of the standings. The car is uncompetitive, and the team is nowhere near the midfield, let alone the forefront. Likely it will be another unproductive season for Russell, where all he does is beat his new team-mate, Nicholas Latifi.

Currently trading at the odds of 6.00 in title contention, George might be at the back of the grid in 2020. It is difficult to see Williams making up enough ground over the winter to do the Brit’s talent justice. The driver himself doubts the squad will join the midfield in next season, but he is actively working on improving his circumstances.

Russell will probably get a shot at the real title challenge with Mercedes. He was handed the final official running for the Mercedes W10 car in Abu Dhabi. The Mercedes-contracted driver set the fastest lap time of 1m37.204s, beating Charles Leclerc by almost two-tenths of a second. He has what it takes to challenge his fellow racers.

Nevertheless, the German team will not promote a driver without experience even in the midfield, so a lot of factors rest on how good Williams is. At this point, Mercedes leads the championship and has two great drivers. Russell will only get a seat on the German side in 2021 if he improves his performances for Williams. If you’ll take a chance on George Russell odds to win an F1, check our latest review about 1xBET Sportsbook.