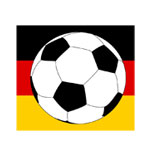 A new study on sports betting and online casinos in Germany has revealed that the country’s State Treaty on Gambling approved in 2008 is backfiring in terms of all-important revenue. Unregulated online casinos are increasing taking a bigger share of the German gaming market and the government is feeling the effects in a lack of funds.

According to the study “Betting & Gambling Market Germany 2015” undertaken by Berlin-based consultant firm Goldmedia, unregulated segments had a 20% share of the German online gambling market and that this is set to increase to 33% by 2015.

The gross revenue for the entire German gaming market, including both regulated and unregulated providers, was estimated at €10.3 billion. Internet betting in Germany grew about 30% per year from 2005 to 2009, reaching about €1.0 billion in gross revenue. The German state government, by Goldmedia calculations, has lost €2.4 billion due to improper regulation since 2005.

Goldmedia also reported that “significant market shares, varying among segments, are captured by foreign providers.” A big 94% of sports betting in Germany is done with foreign operators, while German providers earned just €490 million of the €7.8 billion in sports betting revenue. Sports betting represents nearly half of the German gambling market: €3.9 billion in revenue.

Simultaneous declines in state-run gambling providers’ revenue were reported, with a €2.1 billion drop seen between 2005 and the end of 2009.

Nevertheless, study author Dr. Michael Schmid still found some cause for optimism – if the German government fulfills certain conditions. “The upcoming renewal of Germany’s State Treaty on Gambling in 2011 provides an opportunity to correct the law’s undesirable effects, especially in the rapidly-expanding online gambling segment. The state will lose control of this market if the current prohibition on online gambling is continued.”