The government has always taken a hardline stance against real-life and Internet gambling in China, but with the World Cup and 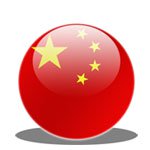 The government has always taken a hardline stance against real-life and Internet gambling in China, but with the World Cup and its concomitant betting activity, law enforcement officials there are increasing efforts to shut down gambling syndicates.

“The World Cup and other sporting contests will provide momentum to online gambling activities,” stated Gu Jian, deputy chief of China’s Ministry of Public Security’s Internet security division, to the media on Wednesday. The Chinese government has noted in the past that it is particularly interested in stopping soccer betting after myriad scandals have rocked the national soccer league in recent years.

Focusing on online gambling providers located in Asia who appeal to Chinese citizens, the police force has recorded 180 arrests in Malaysia, the Philippines, Taiwan, Hong Kong and Macau. In Shenzhen and Chengdu reported the seizure of a “major online gambling ring,” arresting 34 suspects and impounding $11.7 million in funds. Shenzhen claim to have shut down eight online gambling syndicates in the past two months, representing operations of over $14.6 million combined.

An estimated $73 billion was spent on online gambling in China during the 2006 World Cup.

Despite efforts to the contrary, countless online gambling sites offer services to players in China and continue to multiply. Public Security Investigation director Xu Jianzhuo recently explained that third-party, alternate payment method providers assist players to gamble or bet on sports in China within the realm of the law. And extremely few individual players have been arrested for Internet gambling in China in years, however, as the stings on operators continue.