German sports betting monopoly is only over in theory. 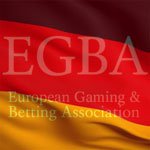 The 1st of July marked an important milestone in German gambling laws, as a partial liberalization of the market went into effect.

Following pressure from the EU, the country has ended the monopoly of Oddset, so the state-owned company is no longer the only venue to bet on sports in Germany.

The new regulations allow 7-year licenses to be issued to a maximum of 20 operators, which should create ample competition and a broad range of offers available to punters.

The key word here is ‘should’, as the industry is markedly upset with the pace of the licensing procedures, criticizing delays and the lack of transparency.

The European Gaming and Betting Association (EGBA), an industry body, has called these procedures ‘sluggish’, claiming that “the procedure selected by federal state leaders to issue the 20 sports betting licenses does not meet European requirements.”

According to EGBA, the procedure “failed to provide candidates with clear, transparent and reliable information concerning the tender criteria to be used. This has led to numerous lawsuits by providers and several postponements of license awards by the administration. It remains unclear when exactly the licenses will be granted, and even the authorities expect up to 80 proceedings, involving both unsuccessful applicants and license holders.”

“Even if the allocation is successful, it will result in a market regulation that will bring disadvantages for everyone involved – not only the providers and authorities but also amateur and professional sports and the advertising sector, which are closely dependent on betting providers.”

The association is also criticizing the government for not extending liberalization to online casinos and online poker sites in Germany.

Summing up the criticism, Haijer claims that “Germany is a prime example of how a political compromise that no one wishes to disavow can create a very poor procedure. For our members who are active throughout Europe, the German approach is simply incomprehensible against the background of successful European regulations and the continued existence of concerns in terms of European law.”